Welcome to the latest entry in our Bonus Round series, wherein we tell you all about the new Android games of the day that we couldn't get to during our regular news rounds. Consider this a quick update for the dedicated gamers who can't wait for our bi-weekly roundups, and don't want to wade through a whole day's worth of news just to get their pixelated fix. Today we've got an ambitious MMO in beta, an endless runner that will give you the Tremors, a card-based tower defense game, an old-school space shooter, and an unconventional puzzler. Without further ado:

Give developer Helmeni points for ambition: Casters of Kalderon is a technically impressive mix of massive online games, RPGs, and turn-based strategy. If that's not enough to turn your head, it's also multi-platform, or at least it will be eventually. It's sort of a massively multiplayer version of Civilization, but only when it comes down to the actual battles. Exploration and expansion is done in an over-the-shoulder Elder Scrolls style. The game's in beta, so it could very well implode under the weight of expectation alone, but it's worth a look for fans of these diverse genres.

Casters of Kalderon - The 3D Massively Multiplayer Online realtime Strategy game on mobile. The world has been turned upside down, most of the old structures have collapsed, rebuilding societies and organizing communities is just beginning, and You are one of the Casters. Enter Kalderon, 3D fantasy world, find your tower that stores your magical power, build up your realm, gather and trade resources and strengthen your force. Personal missions and campaigns between coalitions are waiting.

Ever wonder what it's like to be chased by a Sand Worm from Dune or one of those things from Tremors? Worm Run takes that idea and applies it to an endless runner. It looks superficially simple, but the perspective and direction of run can shift at any moment, forcing you (or at least your pixelated player character) to stay on your toes. The usual mix of power-ups and vehicles are present, along with some pretty sprite visuals.

You are Zeke Tallahassee, hapless space janitor in the wrong place at the wrong time. Swipe on your touchscreen to move Zeke through an ever-changing labyrinth all while being pursued by a blood-thirsty, gigantic space Worm.

Shuffle together basic scifi, hexagonal strategy, card games, and a hint of tower defense, and you'll get something like Tau Ceti. Your job is to defend your space station with a series of ships and special attacks, using various forms of weaponry and cover to counter overwhelming odds. Keep an eye out on those bad guys - free-to-play games with card systems tend to throw an unbeatable opponent your way without warning.

Defend your starship from enemy raids in a game that mixes strategy, tower defence and card games. In a galaxy far, far away … a relentless war rages on. Countless armadas fight for the resources of a world still unravaged by war: the Tau Ceti system. Your orbital station is under attack from endless waves of enemies. Join your battle station and fight back against the aliens and looters in their countless spaceships. 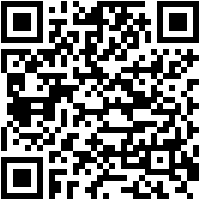 If you're looking for a wickedly difficult side-scrolling shoot-em-up, look no further. Shuttle Scuttle looks like it could have stepped out of 1985, complete with pixelated sprites and chiptune music. It's also got the trademark difficulty of the late great 8-bit era, and thankfully, it foregoes any modern accoutrements like advertising or in-app purchases. Two bucks gets you in 32 white-knuckle levels and eight boss battles.

Shuttle Scuttle is a fast-paced, retro-style shooter game with a mission. It's the year 2285 and all is peaceful since the forming of the USSA (United Sol System Alliance). That is until Neptune station reports of unidentified spacecraft approaching. A hostile force is making its way through the Sol system towards Earth. Armed shuttles for asteroid destruction are the only defense crafts available. Seek out and intercept this hostile force before Earth becomes a target!

Strata is kind of like a game version of those kid's looms you played with back in grade school. The object is to cover each square on the grid with its necessary color, combining the bars in your limited rows to cover all of them. (Check the video, it makes more sense.) Solid, if simple, graphics and music are included in this unique puzzle game. The $3 game includes hundreds of puzzles, but if that's too rich for your blood, you can try the ad-supported free version.

A truly unique puzzle experience that embraces simplicity, elegance, and challenge. Strata paints a simple yet challenging puzzle game onto a sophisticated canvas of color and sound. Test the limits of your brain by completing complex weaves of color to solve the puzzles. The goal of Strata is to strategically layer colored ribbons to match a pattern. Using forethought and strategy you must sequence your moves correctly. 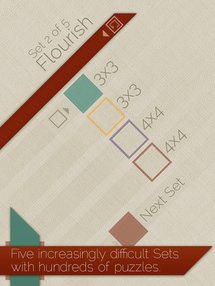 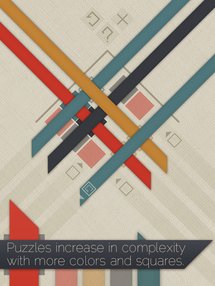 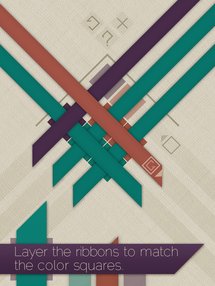 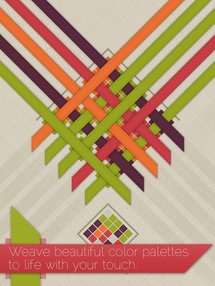 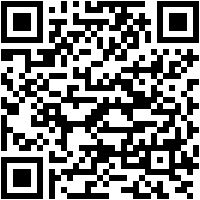 Google Will Now Show More Info About Websites In Search Results, Drawn From The Knowledge Graph

Samsung Appears To Have Started Blocking Third-Party Accessories Starting With KitKat On The ...