The headphones are gigantic. The advertising is inescapable. And now the maker of either the best or the worst music accessories on the market (depending on who you ask) is in the music streaming game. Beats Music is now on the Play Store, offering a streaming catalog of "over 20 million songs from every genre" for ten bucks a month. Beats will be competing with Spotify, Rhapsody, Rdio, and oh yeah, Google Music All Access. 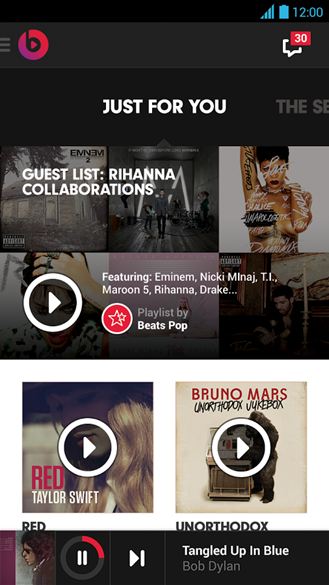 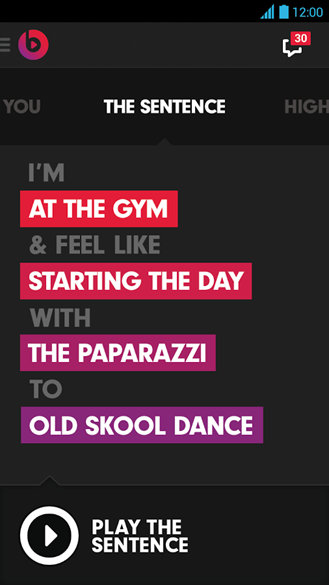 Beats is offering at least one unique feature: an interesting user interface with an unconventional playlist system. You can queue up a streaming playlist via "The Sentence," a series of four somewhat loose variables for location, feeling, company, and genre. Mix up these items with a Mad Lib-style structure and you get an automated streaming channel. If you'd rather listen to something a little more structured, Beats Music offers highlights of new music arrivals and curated playlists, plus the standard search function. An initial setup will guide you through account creation with a series of questions about your musical taste, letting you tailor featured content Netflix-style. All music can be downloaded locally for offline playback, and Beats lets you share favorites and Sentences on Twitter and Facebook. 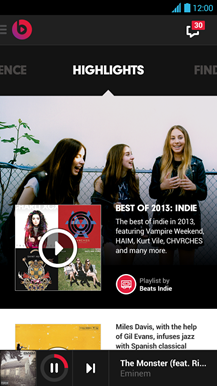 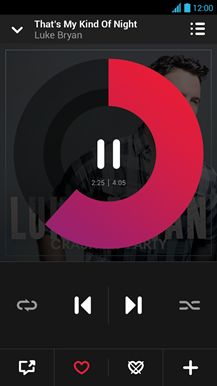 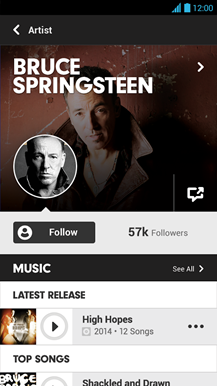 Despite the wide catalog, Beats definitely skews towards rap, hip-hop, and pop, at least in its featured content, so those with a more eclectic taste might feel a little underserved. There's also a distinct lack of homescreen or lockscreen widgets, though the app itself roughly conforms to Holo standards. A subscription account will cost you $10 a month with a one-week free trial, but AT&T customers can try Beats Music free for up to 90 days. AT&T users also get access to a $14.99 family plan that allows unlimited music on all shared accounts. Apps are available for iOS and Windows Phone, but single users can only stream to three separate devices.