There's been an slew of new "ultra-portable" USB cables show up over the past several months (you know, because USB cables definitely aren't portable on their own) – like ChargeCard, for example. These little gems aim to do one thing: hang out in easily-accessed areas (like your pocket) and be there when your phone needs some juice or file transfer.

Of all these charging cables we've seen, Torso may actually be the most versatile, as it's flexible and features two bendable arms on either side that can be positioned in a variety of ways, allowing the cable to be more than just a cable. Check it out:

It seems useful enough, anyway. Like most projects of this nature, Torso's creators were seeking funding from Kickstarter. The original goal was $50,000, which just got surpassed with 10 days to go. That's good news for anyone who simply can't live without one of those flexible little guys, since they're actually going to become a thing now. If you don't want to wait for that, however, there's still time to throw some money at the Kickstarter campaign – $17 bucks will score a microUSB Torso for all (or at least most of) your Android needs. 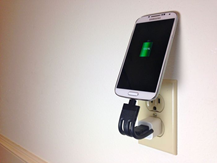 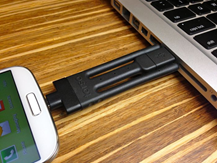 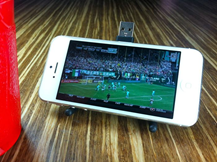