It's no secret that some of the biggest mobile hardware gets announced at Mobile World Congress, fast approaching at the end of February. So it's about this time of year that we expect to start seeing major leaks from OEMs. Queue XperiaBlog, hot on the trail of the next Sony devices as usual. Today they've published an absolutely massive gallery of screenshots from an upcoming Sony phone, codenamed "Sirius" and running Android 4.4.2. 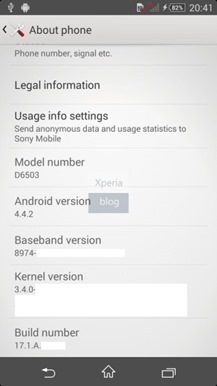 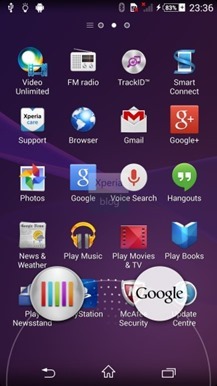 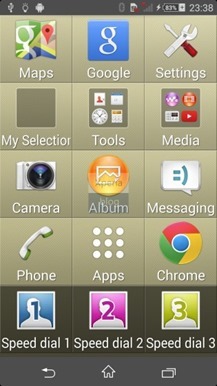 According to an earlier leak on XperiaBlog (which we can't confirm), the D6503 Sirius will use a Snapdragon 800 (MSM8974AB) processor, 3GB of RAM, and a 5.2-inch 1080p screen. Those specs would match up with an upgraded version of the Xperia Z1, the latest Sony flagship. (Sony tends to use cryptic, cool codenames, and follow them up with strangely boring product names.) This may or may not be the same phone that was leaked even earlier than that on the XDA forums. That device, also denoted as the "D6503," looks like a flagship phone with Sony's signature design language, though it's a bit more rounded and less glossy than the current lineup. 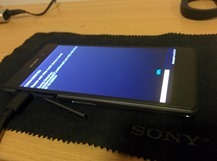 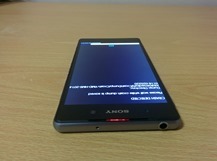 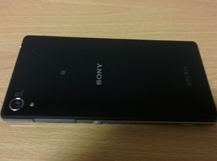 Back to XperiaBlog's latest leak. The software on the phone is similar to Sony's current skinned build, but it includes several notable enhancements. Some are more obvious than others: you can see right away that the home screen now uses transparency in both the notification bar and navigation bar, a telltale KitKat function. Sony is also building in a "Simple Home" launcher (in addition to the Xperia Launcher), which looks very similar to Samsung's Easy Mode. Sony isn't shy about dipping in to other manufacturer's playbooks - the software also includes a Smart Stay-style feature that keeps the screen on while you're looking at it, plus the double-tap to wake function from the Tablet Z. 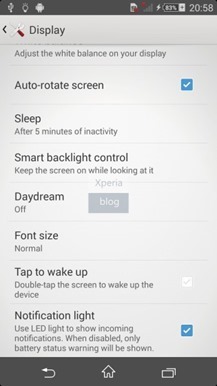 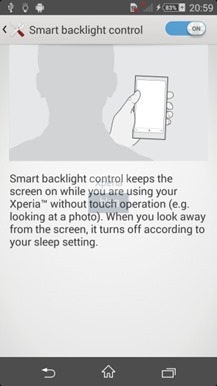 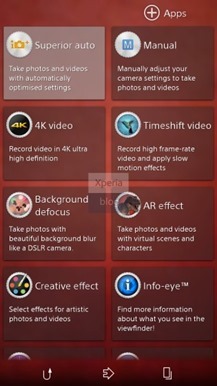 In other visual tweaks, the various menus are almost entirely custom, and Sony's software includes some basic themes selectable by the user. There's also a "What's New" app, which seems to be integrated into social features and perhaps Sony's media properties. What's New launches with a swipe up from the home button, just like Google Now - in fact, it sits right next to the Google Now shortcut on that contextual arc. Other small changes include a "close all" button on the Recents menu and a transparent app tray. The dialer application looks like it includes an answering machine function, a local voicemail box that stores messages on the phone rather than on a provider's server. It will also have a "glove mode" that should allow the screen to be operated with non-capacitive objects. 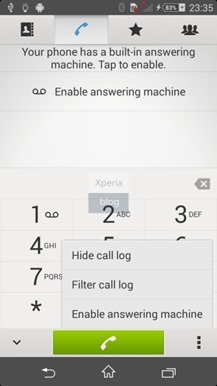 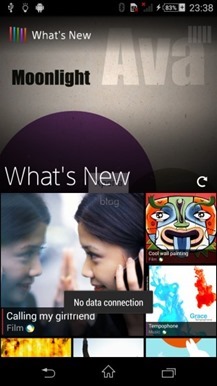 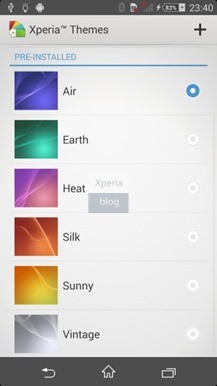 Combing through the interface screenshots, XperiaBlog thinks that the Sirius will be waterproof (like most of Sony's high-end phones), use stereo speakers, have a 16GB storage capacity with a MicroSD card slot, and that it will use the same 20.7MP camera sensor as the Xperia Z1. However, the Sirius will include slow-motion video capture similar to the iPhone 5s.

Of course none of this information is official, so consider it mutable until Sony announces the Sirius, or whatever it comes to be called. Mobile World Congress seems like an obvious venue, but even that is up in the air at this point. You can see many more screenshots at the source link below.

A Future Version Of Android Could Potentially Break A Large Number Of Root Apps, Chainfire Explains