One of the many vectors which delivers leaked information on upcoming phones is the device benchmark score. Many apps upload the results to online leaderboards for all to see. There's quite a bit of information to be gleaned from these online listings – basically the entire spec list. Now Sony is looking to plug this leak by blocking benchmarking apps. 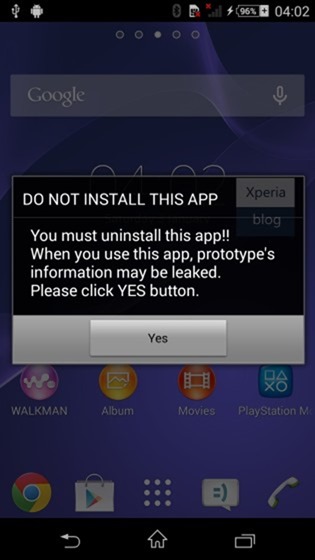 A tester recently provided a screenshot of an unreleased Xperia device with a popup warning – in this case it was caused by attempting to install AnTuTu. The popup reportedly prevents you from loading the app at all. This is the first instance we are aware of where an OEM went out of its way to block benchmark leaks. It's pretty clever, though.

It's unclear how extensive the app blacklist is, or if there is a way around it for developers who (presumably) know what they are doing. Unless someone at Sony drops the ball, this is a warning you should never see on a retail device.