Have you heard about the company that just announced a smart watch? Which one? All of them. The people who decide what kind of products are going to be made have universally decided that wearable tech is the next big thing. Whether that's Google Glass, the Pebble, or something else, everyone wants to strap more technology to your person. The new site What The F*** Is My Wearable Strategy successfully lampoons the plethora of bizarre wearable tech ideas with a simple (and amusing) formula.

There are a few opening lines that sound like the sort of thing an excited (and deluded) inventor might say when happening upon a terrible idea. For example, "TIME TO QUIT YOUR FUCKING JOB, I JUST MADE A FUCKING..." Next is the mad libs part that goes like so: [thing] that [action] when [event]. Finally, finish it off with an excited and equally clueless canned response like, "GET THE FUCKING KICKSTARTER PAGE UP." 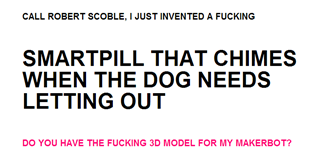 You can click on the outro sentence to reload the page and get another randomly generated social-media-infused wearable machine. This site is good for at least a few minutes of chuckling. We've assembled just some of the many possible combinations of tweeting smartpills and vibrating umbrellas. 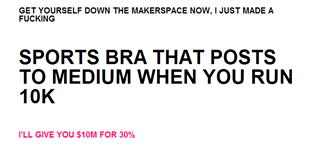 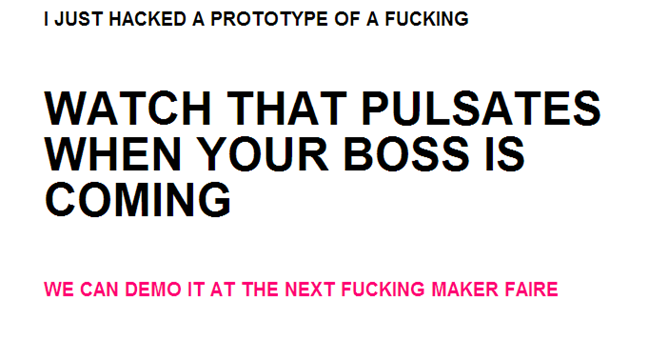 [What The F*** Is My Wearable Strategy] Verizon's Edge Early Upgrade Plan Changed To Allow Upgrades After Only 30 Days, But There's a ...