The incomparable @evleaks has offered up another look at Samsung's alleged UI experimentation, this time showing what would appear to be predictive search or information cards, similar to those offered by Google Now. Split into two parts, the collection shows everything from home temperature automation to exercise tracking to flight info, package tracking, appointments, and plenty more.

What differentiates the cards from Google's own service (design aside) is apparent social integration beyond birthdays and commutes. We can see, for example, evidence of check-in or location sharing and media sharing alongside the other cards. 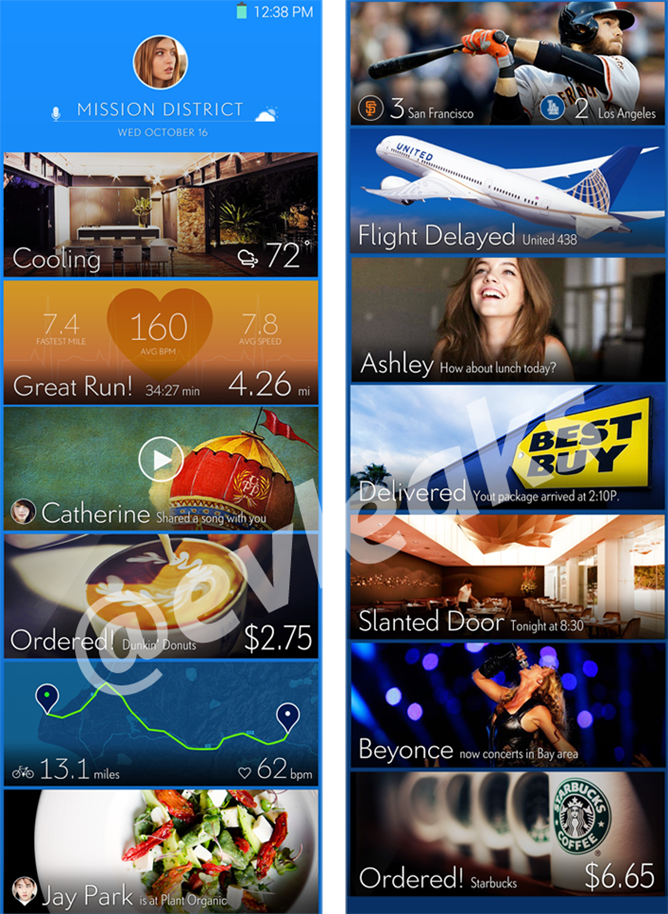 The nature of both the home screen and the cards would suggest they are still in "mockup" phase, and likely still subject to significant changes. The leak also doesn't give much to go on in terms of interface, settings, or user input, but it's an interesting glimpse nonetheless.

Readers may remember @evleaks' previous peek into possible Samsung UI tests, which first gave us a glimpse of these cards, along with another view of the home screen and a lock screen.

As with any leak, it's worth noting again that these could be simple concepts or even totally fabricated. Only time - and Samsung - can tell us if what we're looking at will appear on a future Galaxy device.

Nexus 10 32GB Joins 16GB Counterpart In 'Out Of Inventory' Limbo After On-Again-Off-Again ...