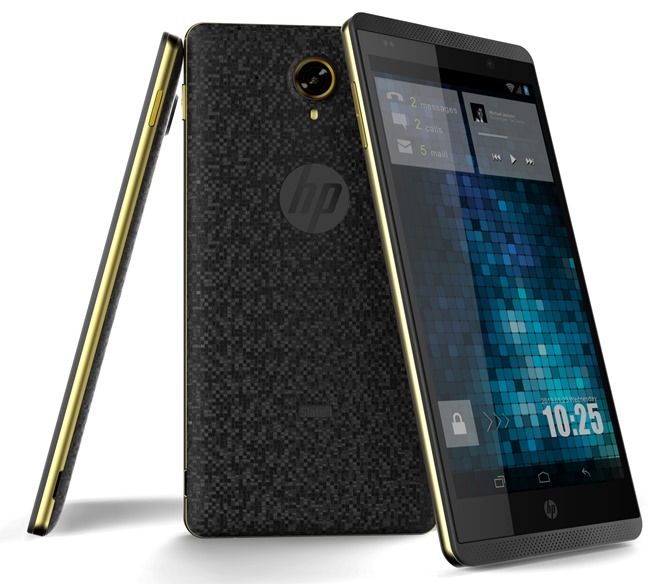 Why India? Because HP already has a significant presence in the Indian PC market with approximately one third of conventional PC sales, and the Indian smartphone market is more diverse - 800-pound gorilla Samsung only has a 15% share of sales, for example, compared to approximately 33% in the US. HP also sees potential in the way Indian consumers scorn the usual carrier subsidy model, tending to buy devices outright without a service contract. At the moment the company has not announced plans to bring the Slate 6 or Slate 7 to any other countries, though that could certainly change.

So what about the hardware? HP isn't being altogether forward with details, but both phones voice tablets will use quad-core processors (make and speed unknown), 5 megapixel rear cameras, 16GB of storage with a MicroSD card slot, and IPS-LCD screens (720p on the Slate 6, 1280x800 on the Slate 7). Software is Android 4.2, and if these devices are anything like HP's current forays into the tablet market, they'll be lightly skinned with some printing and business-focused apps on top of standard Android. Both will be relatively slim for devices this big at "less than 9mm" and 9.5mm, respectively. HP has not announced pricing for either handset.

A press render of the Slate 6 shows a big smartphone with virtual navigation buttons (oddly, the Recents and Back buttons are swapped), dual front-facing speakers, a tinted plastic ring around the edge, and a pixelated grey back. All in all, it's a conservative mix of Samsung and HTC design trends. There is no image of the Slate 7 at the moment.

Before purchasing Palm and its struggling Pre and WebOS brands, HP's last entry in the smartphone market was the Blackberry-style iPaq Glisten way back in 2006. Maybe it's not all that surprising that the company isn't eager to go toe-to-toe with Samsung and Apple in the more heated markets just yet.