Generally speaking, I consider Braven to be one of the top manufacturers of Bluetooth speakers. Its products are usually well-made and sound good, and its product catalog is fairly expansive for what it is (in other words, the company offers a speaker for most needs). Having spent time with past Braven speakers, I grabbed the 710 review unit expecting what I'd get. After using it for a while, however, I have to say I'm actually kind of disappointed with the 710.

I don't want to come off like it's a bad speaker, because it's not really what I'd call bad. It's just not as good as I expected, and there are other speakers on the market that easily trump it within the same price point (or less). 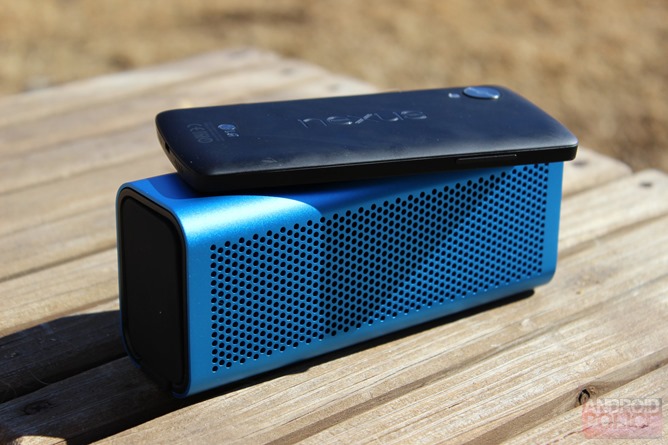 This is actually the most disappointing thing about the 710. It's a small speaker, so I didn't expect it to produce huge sound, but it's just... unimpressive. For $170, I expected a much better experience – the Ultimate Ears BOOM is only $30 more, offers most of the same features, and sounds vastly better.

Don't get me wrong, the 710 is OK. The sound is clear and sharp, but it's really lacking in low-end, which is what really hurts the sound quality here. The treble is crisp and pronounced, but that's really the 710's strong point – mids and lows are basically non-existent. If you listen to any sort of bass-centric music, you'll find yourself very let down by the 710. If bass doesn't play a big part in your music collection, however, you'll probably find the 710 to be satisfactory (but still not great).

Honestly, for $170, this speaker should simply sound better. As I've already said, the UE BOOM is $30 more (or less if you shop around), and it sounds dramatically better. Even the $70 G-Project G-Grip is comparable to the 710, though it's a little more mid-heavy than I like. But for $100 less, it's easily a better deal where sound quality is concerned (the G-Grip is tough as nails, too).

The 710 actually has a lot to like in the way of features. It has NFC pairing, is "splash-proof," can charge your phone using its internal battery, has built-in track and volume controls, can be daisy-chained to other speakers (so it works as a Bluetooth hub), and can connect wirelessly to another 710 for stereo sound. That basically covers all the features I personally look for in a good Bluetooth speaker (without considering sound quality, of course), so in that respect the Braven 710 is pretty fantastic. Like with other Braven speakers, the build quality is also solid – I feel like I could throw this little guy across the room without any ill effects on the speaker itself. I'm not willing to actually try that on a review unit, but just know that I think everything would be OK.

The weird thing about the speaker is the completely detachable rubber cover on the left side. I understand why it's there (to keep water and junk from getting into the ports found beneath), but the fact that it comes completely off is just weird – there's no doubt in my mind that this piece will magically disappear for most users, especially if the speaker is on the beach or something. Then what happens to the splash protection? It goes right out the window. 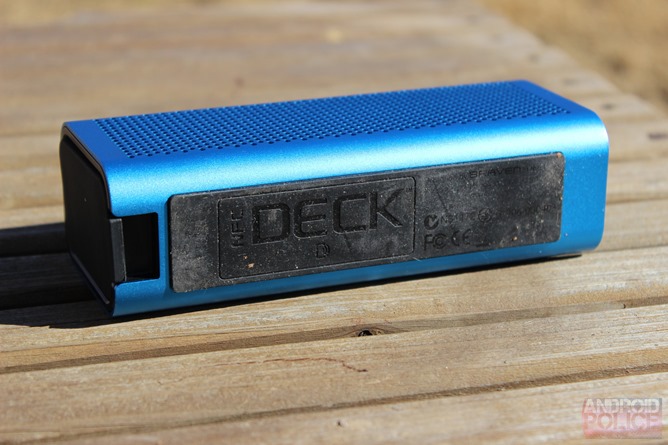 Dirt and junk sticks to the bottom because it's made to keep the speaker in place.

That aside, the 710 has pretty good design. The microUSB charging port, full-size USB out, aux in/out, and battery indicator are all on the left side (under the aforementioned rubber cover); power, volume, and play/pause are on the right side. NFC is on the bottom. Braven also did something smart with the volume controls: long-pressing them works as track controls. So, long-press volume up to skip tracks, volume down to go back. That's a smart way to incorporate this functionality without cluttering a small speaker with buttons. Why can't all Bluetooth speakers have this?

The 710 is also fairly light for its size, so it doesn't add a lot of weight when tossed in a bag. That's always a good thing. 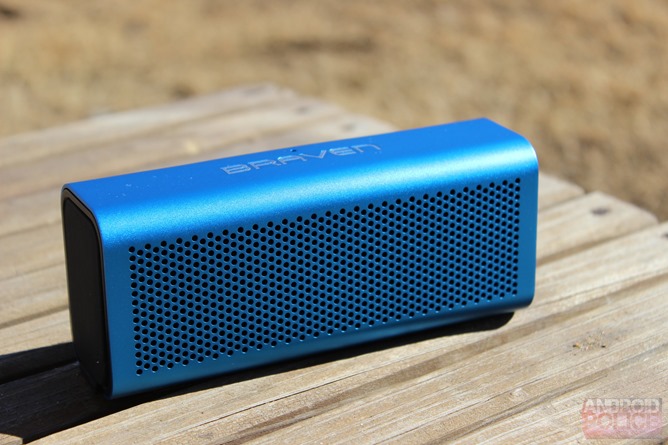 While there's a lot to like about the Braven 710, there's also a lot to dislike – like arguably the most important feature of any Bluetooth speaker: sound quality. It's a small speaker that sounds like a small speaker, which is really just unacceptable in a market where the UE BOOM exists. I would be willing to give that a pass if it were priced around $100 or so (which is about half of the BOOM), but for $170, it's just hard to recommend this speaker to anyone, as there are plenty of better choices for that kind of money (or less).