The status bar is a fine way to see your notifications as they come in, but Floatifications offers a different route. This app – which was previously known by the name Floating Notifications – puts your notifications into a secondary popup system. The app is getting an update today with a new notification type and plenty of tweaks and fixes. 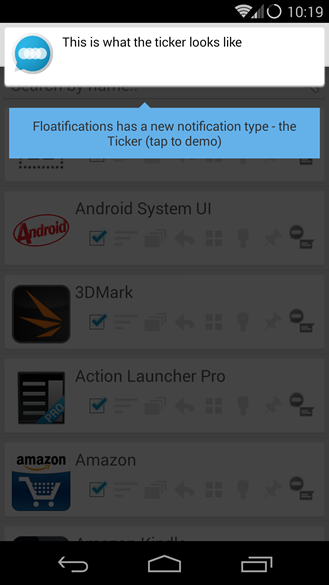 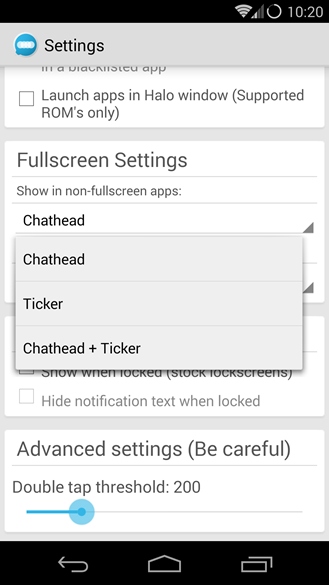 The headlining feature in this update is the new ticker notification type. If you're playing a game or otherwise unable to see the status bar, Floatifications tells you there is a notification and lets you interact with it, but the ticker option shows you the text of the notification like the status bar would if it were visible. It drops down from the top of the screen, then retracts a few seconds later. You can tap on it to open the corresponding app or swipe it away manually. In usual Floatifications style, you can choose which apps produce tickers and under what circumstances.

The rest of the tweaks are nothing to sneeze at either. Here's the full changelog:

The new update is live in Google Play with a 14 day trial. The full version costs about $2.