Ever since we saw the initial demo of NVIDIA's game streaming technology on the SHIELD, we wondered when we could try it out with other Android devices. NVIDIA is jealously guarding its exclusive for now, but XDA Developers poster Cameron Gutman (cgutman) has created an app that duplicates SHIELD's functionality, allowing gamers to try their hand at streaming from a compatible GeForce-equipped gaming PC with any Android 4.1 or better device. Since I'm a dedicated PC gamer, I fired up Limelight and tried it out. 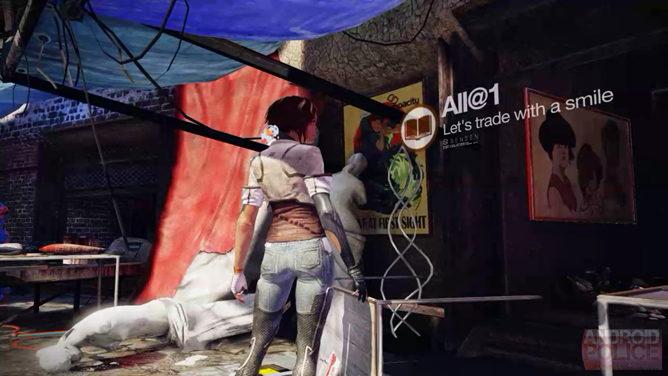 There are plenty of prerequisites to try Limelight - they're basically the same as SHIELD's game streaming feature, without the SHIELD. You'll need a desktop PC with a powerful and recent NVIDIA graphics card (mine's a GTX 660TI), a fast router that uses 802.11N for preference, and an Android 4.1 device with at least a 720p screen. You'll also need some kind of Bluetooth input device if you actually want to play anything. I tried a Bluetooth mouse and keyboard and a Nyko Bluetooth controller. It's possible to use the on-screen cursor for navigation, but it's basically a one-button mouse. There's one thing you don't need, strangely enough: root. 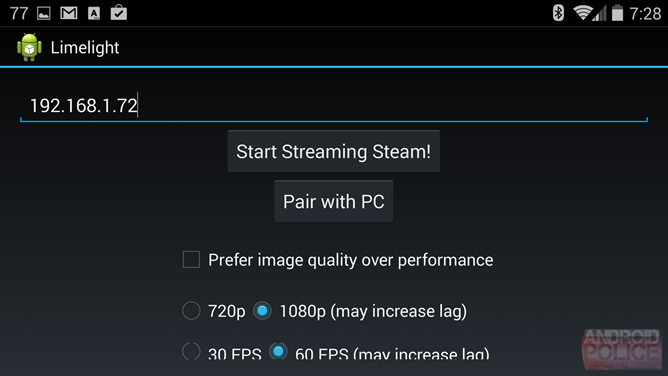 Before you start setting up your device, you have to set up your PC. You'll need NVIDIA's GeForce Experience software, a sort of tune-up app for games that contains the streaming suite. Make sure it's running and happy with the latest drivers for your graphics card. If you don't have Steam, you'll need that as well, and not all games are compatible with SHIELD streaming (though if you're a regular PC gamer, you probably own at least one). Now install the Limelight APK from XDA on your device - my testing standard is a Nexus 5. Make sure it's connected to the same LAN as your PC via WiFi, enter your PC's local IP address, and cross your fingers. If everything's gone right, your PC will pop up a connection alert:

Once you connect, you dive into Steam's Big Picture Mode, a TV-style interface that also works pretty well on touchscreens. If you've got some kind of controller connected you can use that to get around, otherwise you'll be using a touch cursor made somewhat awkward because it's more like a remote control. But it's easy enough to find a game and open it. 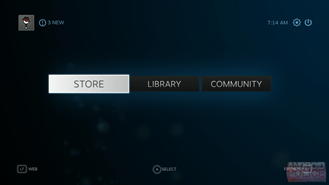 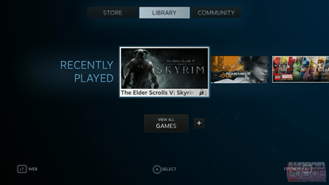 I started without a Bluetooth device, so I opened XCOM, a primarily mouse-driven game that I thought would work well with touch. And it did - at 720p and 30 frames per second, I was getting pretty good video and nearly flawless sound. With the smaller size of the Nexus 5's screen, it was hard to see any difference between what was on my PC monitor and on the phone. Just for kicks I exited the application and tried 1080P at 60FPS. As promised, it was noticeably slower with a lot of streaming artifacts, so I switched back. 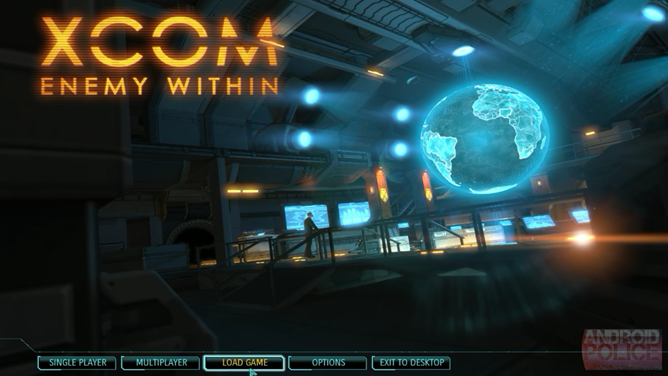 Actually playing the game on my touchscreen was a problem. The touches from the screen aren't relayed in a 1-to-1 fashion, so it's more or less like using a Wii remote. A remote with one button, because there's no way to enter a right-click or scroll, which is pretty vital for this particular title. Still, the streaming video and audio was impressive, so I tried again with something else.

For my second game I tried to emulate the full PC experience of one of my favorite games: Skyrim. After digging around in my gadget drawer I found a Bluetooth mouse and keyboard, connected them to my N5, and repeated the process. I needed to restart both Limelight and GeForce Experience, but using the mouse and keyboard on the Steam Big Picture mode was easy. Until I got into Skyrim, that is - I play the game in windowed mode on my PC, and GFE wasn't smart enough to go full screen even after setting the resolution to 720p. There was no way to get to the video settings in the game itself, so I had to exit everything, start the game on my PC, set it to fullscreen, and start again. I could get to the title screen with streaming video and audio, but the mouse input wouldn't work (GFE seemed to think it was a controller) and tapping anything on the keyboard closed the connection. So Skyrim was a bust. 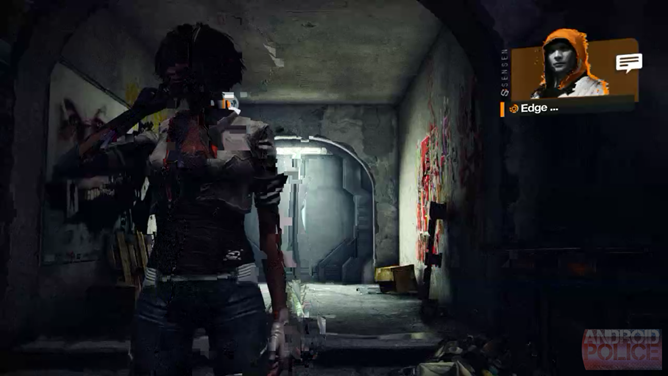 For my last test I tried a recent acquisition: Remember Me. (Thank you, Steam Holiday Sale!) This time I connected a Nyko Bluetooth controller to my N5, hoping to take advantage of the game's beat-em-up nature. I managed to connect and start the game without issue, but something about having the controller connected really killed the streaming video quality. Comparing the picture on my N5 and desktop, the phone was behind and stuttering. See the screenshot above - the streaming was much poorer than with XCOM. Even worse, the input from the controller lagged behind the live gameplay by a solid quarter-second, which is the difference between victory and defeat in any action title. Basically the game looked pretty and worked well, right up to the point when I tried to play it. 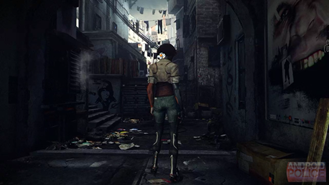 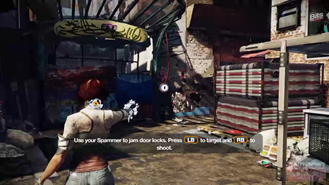 So, three tries and three failures. That's a bummer to be sure, but I want to stress that I'm amazed that Limelight is working as well as it is, and others are having better success than I am. The developer is constantly tweaking the Limelight app, and I'm confident that it will improve steadily. It's an impressive achievement even at this alpha stage (Some kind of on-screen button mapping would do wonders for the app, by the way.) If you've got all the requisite parts and want to try SHIELD-style streaming, go for it - the app is a free download, and Mr. Gutman and his fellow XDA members would love to have your feedback.

Oh, and NVIDIA? This app - not to mention this post - should demonstrate that there is a demand for GeForce streaming outside of the SHIELD. Sooner would be better than later.