Schemer, Google's niche quasi-social network for sharing all the things you want to do in life, is being shut down. Since launching over 2 years ago, it has struggled to find a user base, new features were few and far between, and the app itself was only updated a handful of times. For those unaware of how Schemer works, the idea is pretty simple. You use it to list things you want to do, and mingle with other people who either want to do the same thing or have already done it. 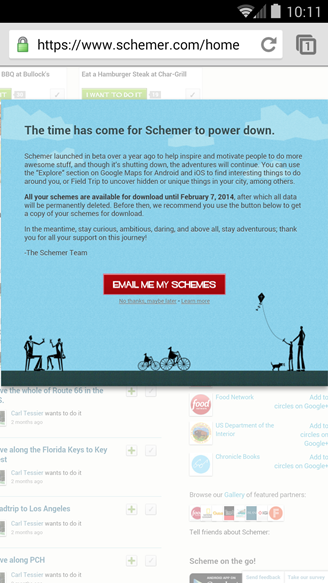 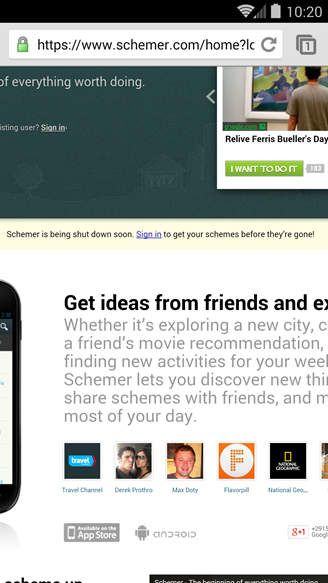 For people who aren't ready to stop scheming and exploring, Google is now directing them to its Field Trip app and the "Explore" feature within Google Maps. Existing Schemer users have until February 7 to download their data. After that, the service will be fully shut down and all users' data will be permanently deleted.

Beats Throws Its Name Into The Streaming Music Arena, Will Launch Beats Music On January 21st ...