These are the first high-end tablets Samsung has produced for a couple of years (aside from the Nexus 10, of course), and it seems like after two budget-minded generations of Galaxy Tabs, they're finally ready to give the more expensive end of the market a try again. Apple is directly in Samsung's crosshairs with the Tab Pro 8.5 and 10.1, which will compete with the iPad mini and iPad Air, respectively. By offering LTE as an option on all of these new devices, Samsung is also probably looking to step up its 4G tablet presence here in the US, an area Apple rather unabashedly dominates at the moment, small as it may be. 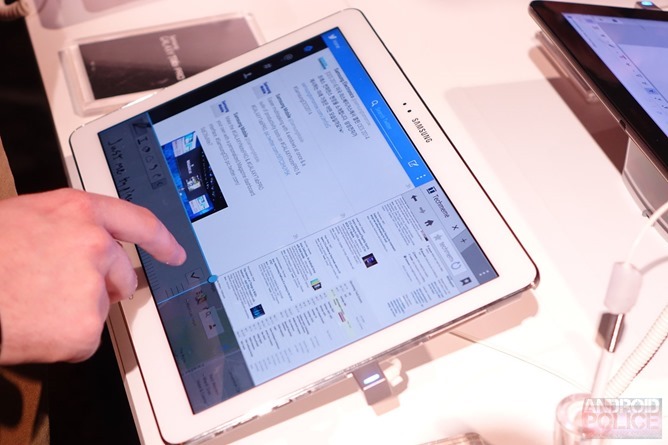 So, I'm curious, have the new Tab Pros and the new Note Pro piqued your interest? Or are they just more faux leather stitching you'd rather not have in your life? Vote in the poll below and let your thoughts be heard in the comments section.