Each month, Google updates Android's platform distribution numbers according to devices that have accessed the Play Store in a seven-day period. January's updated pie chart has just hit, and things seem to be following a fairly predictable pattern. 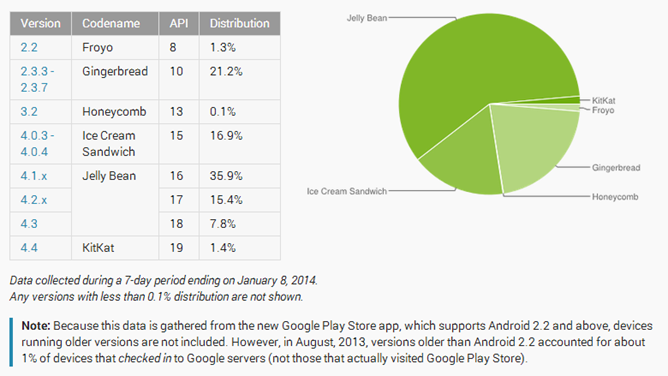 As you may expect, older versions of Android continue to decline - Froyo is down 0.3% to 1.3% from last month, while Honeycomb hangs tight at 0.1%, and Ice Cream Sandwich struggles to maintain its foothold, falling from 18.6% to 16.9%.

Of course, as always, the Android Developers dashboard also provides handy information and visuals related to screen size and Open GL versions for those interested. Just hit the link below.

[Weekend Poll] Are You Considering Buying One Of Samsung's New Tab Pro Or Note Pro Tablets?