Blizzard released Diablo seventeen years ago, and its effect on the dungeon crawler genre is still being felt. Take Archangel for example: ostensibly a technical demo for the cross-platform Unity game engine, this title could have used almost any kind of format to show off its graphical prowess. Instead it's a pretty brazen Diablo clone, including the supernatural themes and "kill everything that moves" gameplay.

Maybe that's a little harsh - the trailer does show off some special moves that can only be activated via touchscreen gestures, in a sort of mobile translation of the brush attacks from console favorite Okami. And the full 3D environments and enemies look pretty good, by Unity standards, with lots of lighting and particle effects to show off. Archangel is the first "core" game published by Unity itself, with rookie Japanese developer Black Tower Studios providing the legwork. I would imagine that more titles showing off Unity's technical capabilities will follow later this year.

Archangel includes 30 levels of top-down demon-killing action, and a few interesting elements like a betting minigame at the end of each stage. Since Unity is promoting the cross-platform nature of its game engine, game progress is saved on their cloud servers in case you want to pick up where you left off on an iOS device (or another Android phone or tablet). Of course, that means you'll need to shell out for the iOS version of Archangel in addition to the $5 Android game... which also includes in-app purchases. 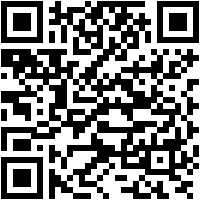 Pushbullet v13 Introduces Ability To Dismiss Phone Notifications From A PC, Other Improvements