While we flew back home yesterday, today officially marks the end of 2014's don't-call-it-the-Consumer-Electronics-Show (seriously, check out the "note to editors" on any official CES press release). Another year of crazy gadgets, an almost inappropriately huge number of televisions, and a whole lot of white particle board walls. I generally look forward to going to most tech conventions - MWC, IFA, GDC, and Google I/O. CES is the one I've grown to have mixed feelings about - it's frantic, almost inconceivably large, and increasingly straining to retain its relevance to the mobile industry. 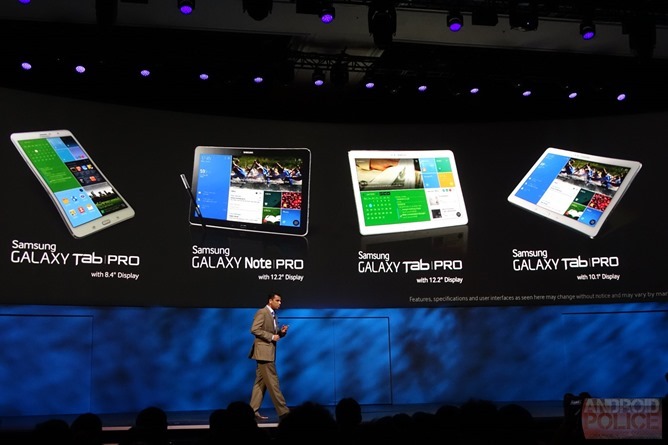 This year's Android standout was undoubtedly Samsung, who used the relative vacuum of serious tablet announcements at the show to unveil its new Tab Pro and Note Pro lines to the world. Four all-new tablets aimed decidedly at the high end of the market - something we know consumers have been clamoring for Samsung to do for a while now, as most of the company's current tablet offerings are of a decidedly middling quality. We saw the announcement, we got to use them - without restriction - and came away pretty impressed. These may finally be the tablets Samsung needs to convince mainstream consumers that there are viable high-end alternatives to the iPad and iPad mini out there. Samsung didn't announce pricing, but I'm betting that the 8.5 and 10.1 inch Tab Pros will be ever-so-slightly more competitive than Apple's offerings. 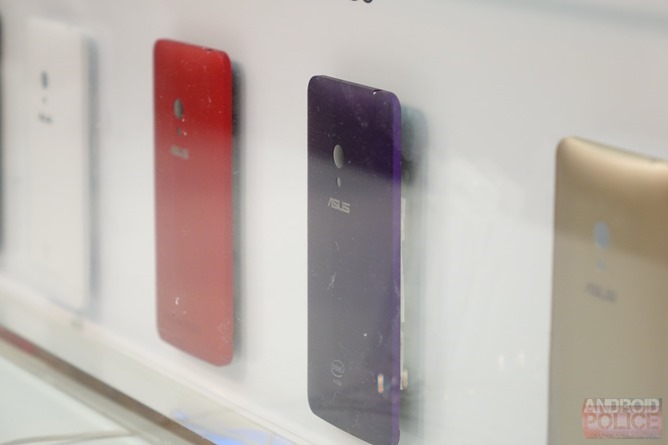 We saw phone announcements from Huawei, Hisense, ASUS, and Sony (even though they were old, rebranded phones), and a whole slew of fitness and activity trackers promising Android compatibility, though many were little more than concepts. NVIDIA unveiled its new Tegra K1 chipset, which brings the company's market-dominating Kepler GPU architecture to mobile, and could make NVIDIA a serious contender in the mobile chip space again. ASUS was probably the second-largest source of Android announcements at the show, unveiling 3 brand-new phones, 2 new PadFone models, and the rather impressive Windows 8-Android hybrid Transformer Book Duet. Vizio's Android-powered touchscreen speakers got a fair bit of attention, and Parrot's new Android-ready AR.Drone mini looks genuinely cool. Kids' tablet-maker Fuhu unleashed a slew of announcements at the show, and Sony's new Android phone dock car stereo got some much-deserved love. There was also a sadly, incredibly, if predictably vague announcement about Android in the car. We'll see what comes of the new Open Automotive Alliance. There are probably more things you're ready to throw on this list, and you're also probably wondering why we didn't cover them. Michael Bay's awkward-but-hilarious walkoff at Samsung's press conference, for example. 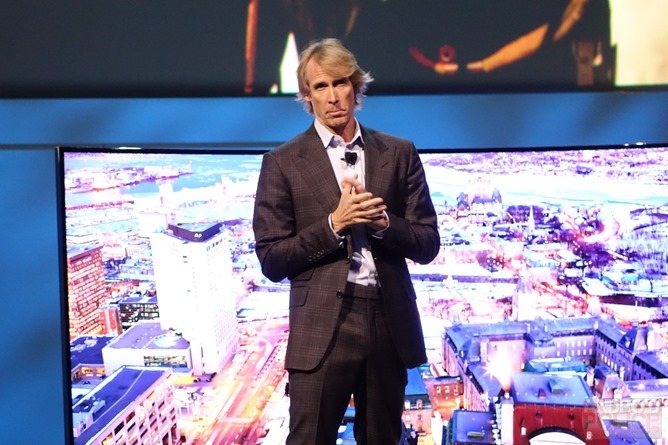 Here at Android Police, we obviously write about cool Android and Android-adjacent stuff. For us, going to CES has become rather like a treasure hunt. Amidst the sea of TVs, cameras, and audio gear, we have to search out the products our Android-craving audience will get excited about. And with just 2 people roaming the whole show, this can be a seriously daunting task. Therefore, we have to be pretty picky with which press conferences we attend, and what products we write about. (Though some posts are more a result of convenient timing than genuine interest, I admit.)

This year, Android Police's CES post count was the lowest it has ever been, at just under 40. Last year was around 60, about the same number as 2012 and 2011. Now, you could say the drop this year was something of a self-fulfilling prophecy. I also readily concede we could have posted about more products we saw at the show, but many of those products fell into the "this is basically just a concept designed to get press" or "so bad it's kind of funny" categories. 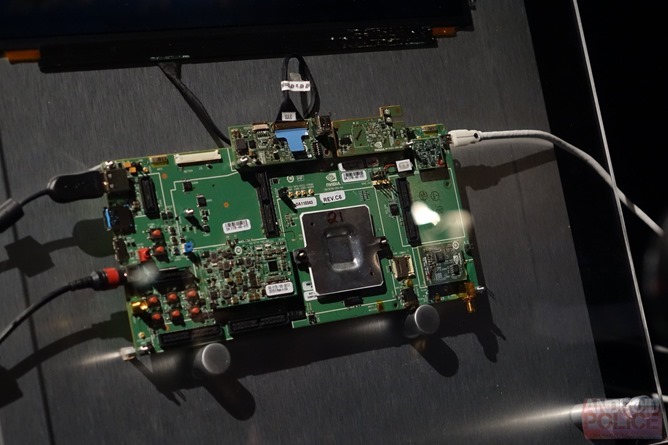 For example: ZTE's modular phone mockup (which screams 'vaporware / attention-mongering'), Razer / LG / Sony's fitness band concepts (LG's was at least semi-functional for simple demo purposes), Polaroid's Socialmatic Android camera / printer concept (the demo units were empty shells), and less so, NVIDIA's K1 reference tablet (which we were not allowed to use outside of a couple Unreal Engine demo apps).

To be blunt, I don't feel as though posting pictures of non-functional or extremely restricted demo / concept hardware as a "hands-on" is fair to our readers, and frankly seems a little disingenuous. I also struggle to see the value in it. We could write a post about the K1 reference tablet that would consist of some photos of it and maybe a video of it running the Unreal demo apps, and we could call it a "NVIDIA K1 tablet hands-on" (hey, we touched it!), or, we could more appropriately title it "Some pictures of an old Tegra Note with a K1 inside it running the same tech demos you can watch in NVIDIA's press conference that happened 2 days ago." Would you want to read / watch that? I'm guessing the answer is largely "no." This isn't to be especially hard on NVIDIA as, after all, they're demoing a chip, not an end-consumer product. But it's the same story with the fitness bands, or ZTE's pie-in-the-sky modular phone: by and large, you're regurgitating fast facts from an old press release and tossing in some photos of the thing in person on the show floor that you can't actually use in any meaningful way which would provide genuine insight. 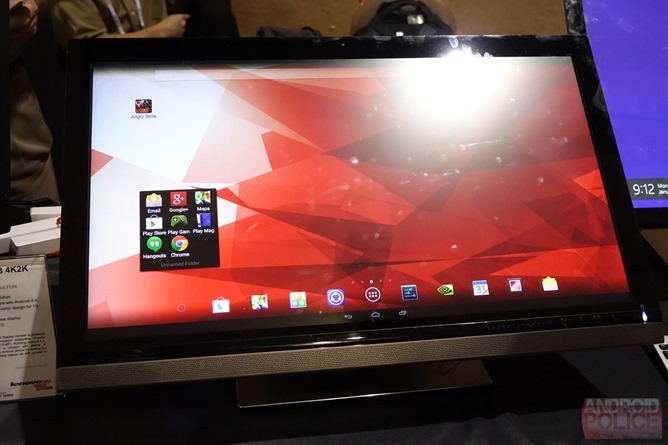 Outside of the Android universe, CES was, according to the experts, 4K's big coming out party... except that last year was also 4K's big coming out party. This year was more like 4K's big coming out party for those of us who don't have over $5000 to spend on a television (but also have at least $1000 to do so), or twice that much to spend on a camcorder. The truth is, 4K adoption is going very, very slowly, and that's mostly because home-viewable 4K content is emerging very, very slowly. I have my suspicions that 2015's CES will mark yet another 4K debut, though under the guise of "4K for the masses" or some other such minor warping of history to ensure CES remains TV tech-centric. 4K Blu-ray also seems inevitable, and I'm sure Sony will be all over it come next year's show. Basically, don't expect the 4K marketing hypetrain to derail any time soon, there's a lot more milking of the 4Kow to be done yet. 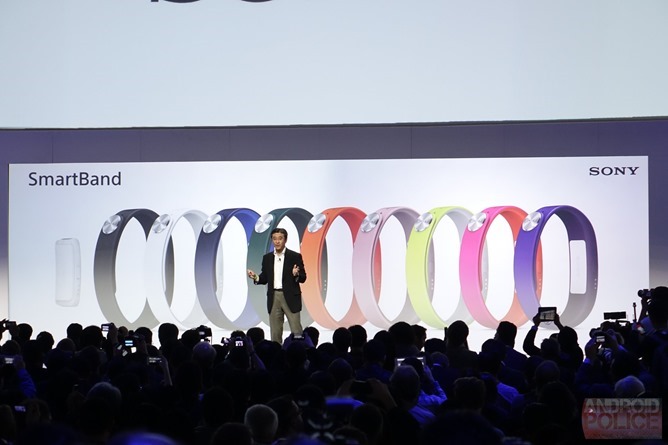 Wearables were the very visible peripheral trend at this year's show, and I'll fess up: I ignored most of them. There was so much wearable-this, activity-that, and fitness-lifestyle-tracking hutzpah that it all just became white noise to me. Garmin is making a fitness band, Razer (!?!?!) is making a fitness band, Sony is, LG is, and a dozen-plus little startups you've never heard of are, too. And they all really, really want your attention. I think this market is going to undergo a serious shakedown over the next year, and I have a feeling a lot of these products won't make it past their first or second iterations. Activity and fitness tracking may not be a fad (or it may be, I don't know), but like tablets, it seems as though everyone and their brother is trying to get a piece of the pie and, as with any ecosystem, there's only so much room to be shared in the marketplace. This concept was well-illustrated three years ago at the 2011 CES, where over 100 tablets (yep, really) were launched by literally dozens of manufacturers. Natural selection will take place in the wearable ecosystem, just as it has in smartphones and tablets, and next year many OEMs will probably be pretending those products never existed. I will say there was decidedly less to talk about in terms of smartwatch unveils at CES (aside from Pebble), which really suggests to me that as a product category their appeal has remained very niche.

Also lacking at CES this year were any major announcements from the world's two silicon heavyweights: Intel and Qualcomm. Neither announced next-generation chips, though perhaps CES just didn't land during the right time for any significant unveils from the two processor firms. My suspicion, for Qualcomm at least, is that MWC will attract a more interested, relevant audience than CES, and that we may see Qualcomm's latest and greatest in Barcelona next month.

As always, CES provided a spotlight for dozens of new cameras, hundreds of A/V and home theater products, and a huge number of appliances.

We'll be back at the show next year, of course, and I'd like to thank my colleague Cameron Summerson for enduring the 4 days of non-stop grind with me. It was a good time, if a busy and kind of crazy one.