Welcome to the latest entry in our Bonus Round series, wherein we tell you all about the new Android games of the day that we couldn't get to during our regular news rounds. Consider this a quick update for the dedicated gamers who can't wait for our bi-weekly roundups, and don't want to wade through a whole day's worth of news just to get their pixelated fix. Today we've got a stylish fantasy defender, a strangely alluring boxing simulator, and a visually impressive skiing game. Without further ado:

Tower defense games are pretty easy to find on the Play Store, but this one features some impressive 2D graphics and lots of shiny effects. The basics are pretty much the same as any tower defense title: build you varying turrets to direct and destroy a variety of creepy, crawly, flappy, snappy, and generally undesirable monsters. The game is free to download in its demo form, but you'll need to shell out a bit of cash ($2.49 during the launch sale) to unlock all 50 levels.

Popular tower defense game is back! Light Forces repulsed the attack of Dark Forces and passed to the offensive. Now you fight on the dark side. Restore the balance between Light and Darkness! Build towers and traps using technologies of Orcs, Goblins and Necromancers. Show your tactical skills combining various towers' effects and using terrain features. Protect the stronghold of the Dark Forces from the onslaught of hostile armies of Light! 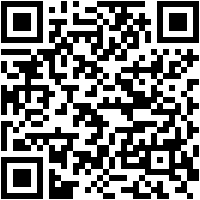 Usually fighting games, including boxing games, come down to either expert timing or button mashing. But Title Bout Boxing isn't especially interested in either  - it's closer to a simulator than a fighter, with digital recreations of thousands of "real" boxers with intricate statistics, which you can pit against each other in computer-controlled matches. It's not a conventional fighting game, but fans of the boxing genre and sport should check it out just for the novelty factor.

Essentially, Title Bout is centered around asking, "What if?" The gameplay modes include single bouts, fight cards, single- or double-elimination tournaments that feature as many as 16 boxers, and lengthy bout schedules. There are no career or role-playing options as seen in most sports management sims, although you can input your name and track your wagers on bouts. That can make fight cards a little more interesting, because you begin with a mere $10,000 stake and dreams of Jimmy the Greek grandeur. 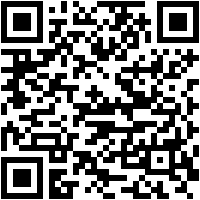 As the Winter Olympics and unavoidable Yakov Smirnoff jokes creep ever closer, we're seeing more and more winter sports games land in the Play Store. FRS Ski Cross is visually impressive, which isn't surprising, since it's published by the makers of the Unity game engine. Unfortunately it looks like little more than a tech demo, with simple controls, short races, and no real multiplayer. Shoehorned in-app purchases don't help. It might be worth a download for the Olympics-obsessed kid in your minivan.

Prove to your winter sports loving friends that you are the fastest downhill skier on the mountain! From the creative producers behind SSX Tricky and Skate, FRS Ski Cross is the fastest and most visually stunning downhill skiing game on Android devices. With over 50 high speed downhill slopes packed with exhilarating jumps and perilous turns, you can select over 250 in game items including authentic gear from Head and Volkl. 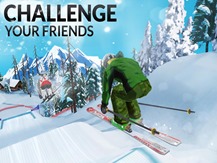 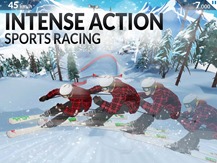 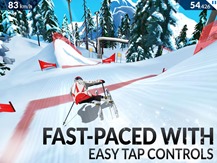 Uber Drops uberX Rates By Up To 34% In 16 Cities Across The US, Hopes You Will Forgive It For ...