Update: According to this post on Engadget, the Hisense X1 is slated to come to the United States in the second quarter of this year. The company will sell the X1 under the "Sliver" brand as an unlocked handset, and they are reportedly pursuing carrier partnerships as well.

The likes of HTC and Samsung have been pushing phones to larger and larger dimensions for years, but humble Chinese manufacturer Hisense is about to shoot for the moon. Their high-end X1 prototype is being shown off at CES 2014, and it's big enough to comfortably fit in a form factor that was previously reserved for "small" tablets. Its 6.8-inch screen makes almost every other phone look small. 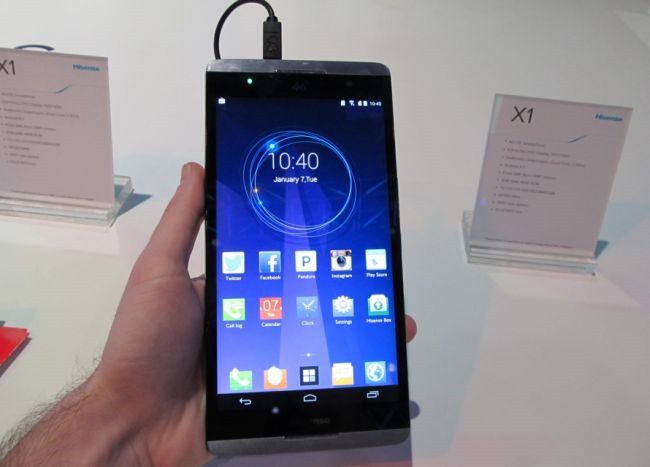 Liliputing has an initial hands-on with the device, which has some high-end hardware to match the big frame. The internals match the best of the big brands: 1080p resolution, Snapdragon 800 processor, 2GB of RAM, a 13 megapixel rear camera and 5MP front-facing camera, and a big 3900mAh battery. Impressively for a white-label brand, it also features LTE connectivity, though at the moment the X1 is only being considered for the Chinese market. 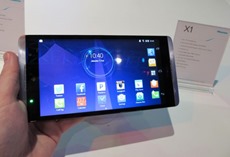 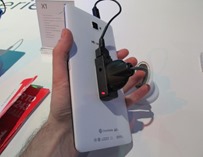 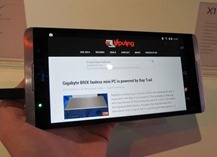 Software is Android 4.3 with the usual manufacturer skin, though the navigation buttons are the stock on-screen variety. The enormous body (9.7mm thick) looks like plain old plastic behind that huge slab of glass. A series of Bluetooth accessories will be marketed along with the X1, including a Bluetooth mini-phone for, you know, actually making calls, not unlike HTC's similar device. Pricing and dates for China are up in the air at the moment.

Asia-focused manufacturers have been slow to expand their highest-end devices to the American and European markets, so I doubt we'll see the Hisense X1 over here any time soon. That said, a bigger international manufacturer (probably Samsung) is bound to give this form factor a try sooner or later.