A 6.8" phone? Madness, you say? Not according to Hisense - the company has unveiled one of the largest smartphones to date at CES in Las Vegas this week, dubbed the X1. It's 6.8" full HD LCD panel is certainly something to behold, and may manage to put the phone outside of the "pocketable" category phones like the Xperia Z Ultra just barely manage to eek into. Of course, it's no FonePad, so it may also be the perfect size for a few niche buyers out there, though I can't really see much mainstream appeal here, at least in western markets. 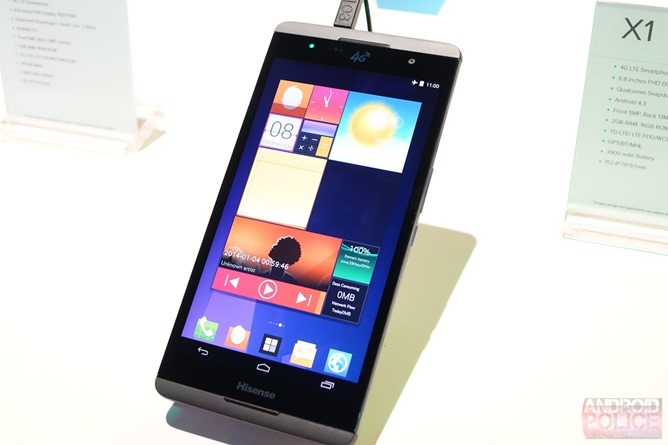 And that's probably a good thing for Hisense, as the X1 has been announced only for China Mobile at this time, sporting LTE support, dual SIMs, and a beefy Snapdragon 800 processor with 2GB of RAM. The phone's UI is nothing particularly exciting, nor is its design - while Hisense has done a significant amount of skinning in the OS, it doesn't seem like they've added much in the way of features or functionality, and the X1 feels like a fairly normal Android phone.

It was definitely very responsive and quick, a trait we've come to expect of Qualcomm's top-tier processor, and while the size was substantial (and the sight of my colleague Cameron holding it up to his ear comical), I doubt Xperia Z Ultra or FonePad owners would be shocked by the X1. Build quality felt decent, though it's hard to judge that sort of thing when the display unit is attached to a rather large security apparatus. 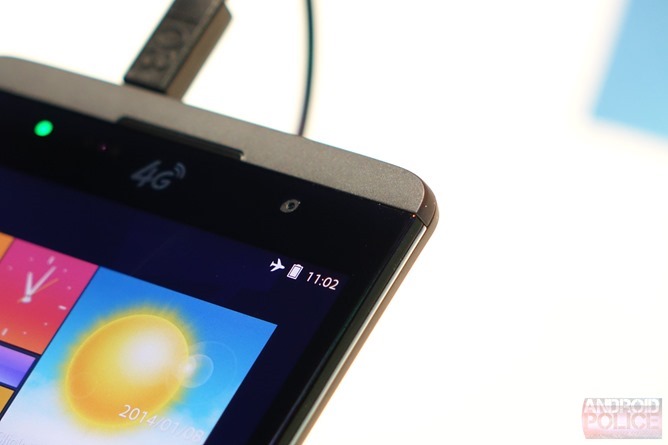 Pricing wasn't announced, nor was availability, though that probably doesn't matter, as it seems pretty unlikely the X1 will make it outside of China, at least for the time being. Really, the X1 is more tech spectacle than genuine innovation - big phones are coming out left and right, and adding another relatively unremarkable (if even larger than most) product into the fray probably isn't going to be the ticket to runaway smartphone success.