The Galaxy Note 3 has a massive screen, plenty of battery life, and a ton of power. Unfortunately, it also has matching price tag. This has left the device inaccessible to some who would gladly wield it. Word on the street has mentioned a more affordable "Lite" version that would alleviate this problem, and now GSM Arena has gotten its hands on leaked spec sheets that give this device a name, the Galaxy Note 3 Neo. 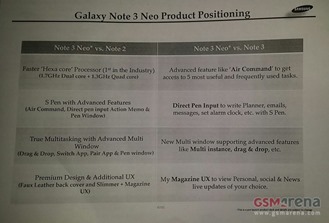 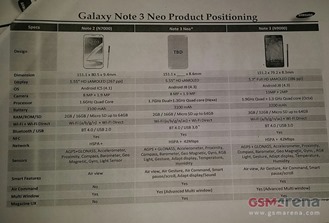 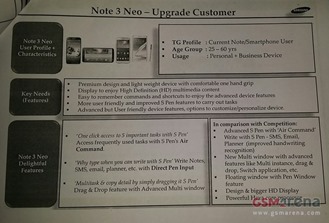 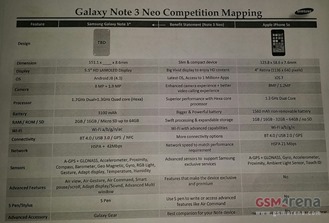 The pages reveal a device that is somewhere between the Note 2 and the Note 3. The Neo will allegedly have an 8MP camera, 3100mAh battery, 2GB of RAM, and 16GB of internal memory, all specs that put it in line with the former handset. Its 5.5-inch screen is also the same size.

Yet the Neo does make the jump to USB 3.0, and in addition to that, it comes with a 1.7GHz dual + 1.3GHz quad-core (Hexa) processor that should be peppier than that of the older handset. While it won't be as fast as the regular Note 3, it will still have the same faux-leather backing. You can decide for yourself how you feel about that.

[Bug Watch] Flac Audio Files Are Popping And Stuttering On Android 4.4, A Fix Is Coming