Google-owned Motorola has sent out press invites in Europe to an event in London happening January 14th. The company says it is announcing an "addition to the European Motorola family of products." Specifics are hard to come by, but we have plenty of rampant speculation. 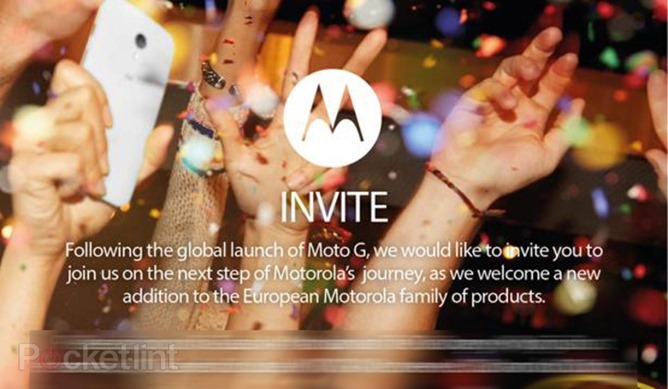 The most probable announcement would be a version of the Moto X for Europe, which didn't get Motorola's newest flagship when it launched last year. Motorola might be bringing the same device to Europe with the proper wireless bands, or it could be a revamped version of the Moto X. It's probably still too early for a true sequel to the Moto X, though.

It'll only be about a week until the mystery is solved. Start saving your pennies, or whatever Europe uses for money. Shiny pebbles, or something?