Samsung devices are selling like gangbusters, and while this could be taken as a sign that many people are fine with TouchWiz as it is, that hasn't stopped a flood of critics (including us, on occasion) from lambasting the company's sense of design. Either the icons are too childish, the interface is overly cluttered, or it just feels bloated. The interface hasn't had a makeover in quite some time, but the latest image shared by @evleaks suggests that things may be about to change. 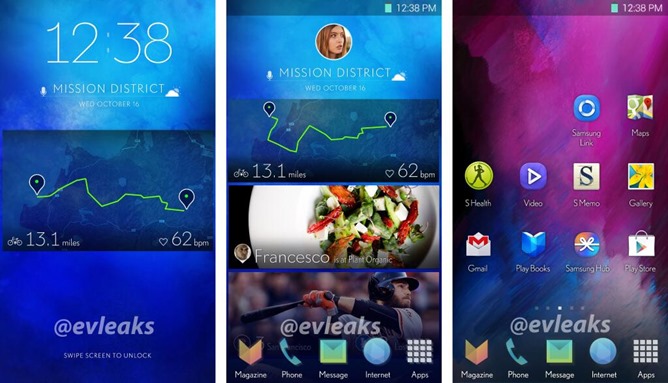 For comparison, here's how TouchWiz currently looks on the Galaxy S4. 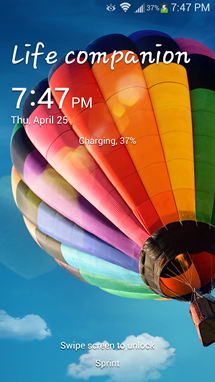 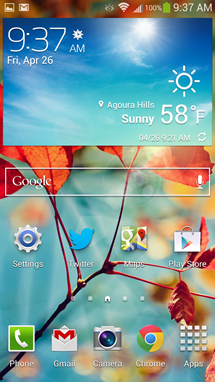 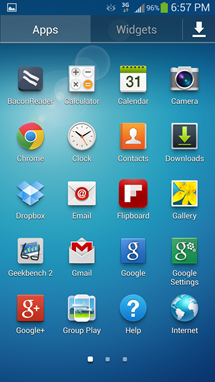 Aside from the obvious change of font, the leaked image shows a completely new look for the default apps and a set of tiles or widgets that are somewhat reminiscent of HTC's BlinkFeed. Overall, elements are a bit flatter than they used to be.

At the end of the day, this is just a leaked image, and that alone isn't evidence that TouchWiz will one day take this form. Still, these images may inform us of the direction Samsung is moving in. What do you think?