Amid all the gadgets and gizmos at CES, Sony has quietly announced a new in-car entertainment system, the XSP-N1BT. It was announced so quietly, in fact, that everyone seemed to miss it until @evleaks pointed it out. It seems like Sony should have made a bigger deal, because it looks neat. 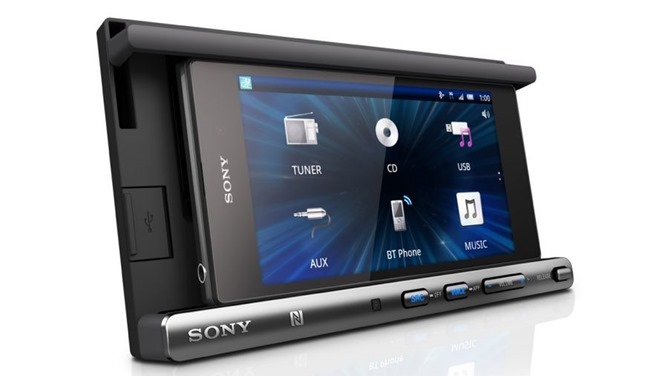 The XSP-N1BT is (supposedly) the world's first double-DIN smartphone cradle receiver. You just drop your phone on and adjust the slider to hold it in place. The dock has NFC for instant Bluetooth pairing, which is how you get audio out of the device and into your speakers. You can also do hands-free calling and charge the device over USB. Sony's Xperia phones will reportedly charge wirelessly, but that might be referring to future Sony devices with Qi built-in (details are a little fuzzy). If that's the case, other phones like the Nexus 5 might charge wirelessly too.

The XSP-N1BT comes with a little remote control and can play CDs. There is reportedly a radio too, if you're into that sort of thing. A phone can act as a control unit for all the unit's functions with a Sony remote app. It will be out in May for $250.