After yesterday's Huawei press event, I had an opportunity to briefly go hands-on with the company's newest super-sized phone, the Ascend Mate 2 4G. The original Ascend Mate also made its debut at CES, and this newest iteration really doesn't break the mold its predecessor set.

The new Mate 2 does boast a smaller size overall than last year's model, giving it a screen to bezel ratio that Huawei claims is the industry's best among large phones. That may sound like a pretty lame claim to fame, but it's definitely something that matters on these very large devices, where even an extra tenth of an inch can make a device noticeably more difficult to hold or use with one hand. 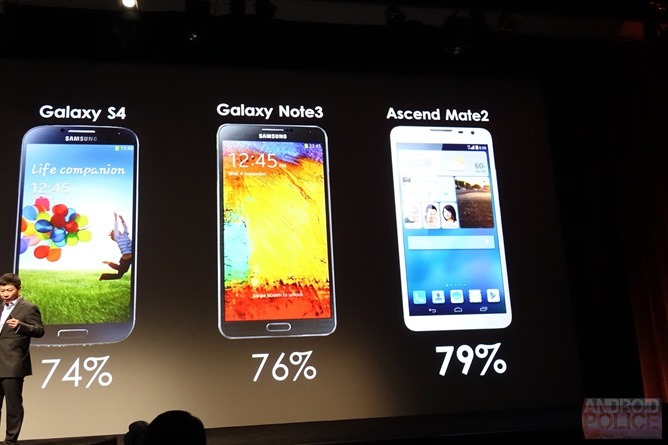 Holding the Mate 2 myself, I did indeed feel pretty comfortable handling it, though any phone this size is obviously going to pose a challenge for one-handed operations, as you may notice in my hands-on video below as I attempted to shoot it solo (I'd say I achieve marginal success in that endeavor).

Like the original Mate, the Mate 2 sports Huawei's Emotion UI layer, though this is version 2.0 of the company's overlay. Similar to a growing number of other OEMs, Emotion UI 2.0 has an option to go into a "simple mode" for users who find the standard Android-style interface too complicated, though I didn't have a chance to test that out in the brief time I had with the device. 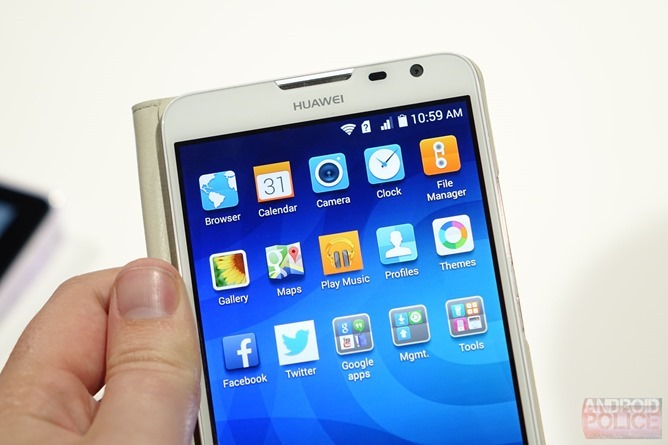 The Mate 2 will be equipped with a Snapdragon 400 quad-core processor in most markets, with China being the only region that will receive the phone with Huawei's in-house K-Metal quad-core chip. Both versions will have LTE support, a la the Mate 2's 4G suffix. The version I was using had the Qualcomm chip, and it felt perfectly quick in basic tasks and while moving around the phone's UI. With a 1280x720 display, the Mate 2 doesn't have nearly as many pixels to push as a full HD handset, so the 400-level Snapdragon is probably more than sufficient anyway.

A 4050mAh battery returns from last year's phone, though Huawei claims it has reduced battery consumption a further 30% over that device, allowing two full days of usage under Huawei's somewhat ambiguous battery life estimates. The Mate 2 can even charge other devices over its microUSB port, which is pretty cool, though Huawei wasn't demoing the feature on the phones available at its press event. 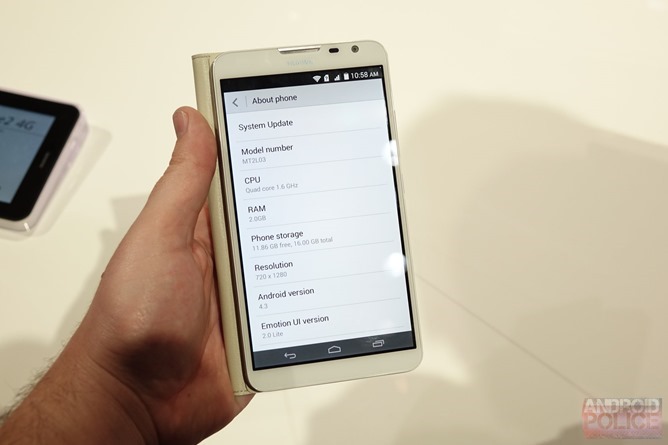 The screen, to my eyes, actually seemed quite nice. Viewing angles were strong, and color reproduction looked satisfactory. I wasn't blown away, but for a 6.1" display at 720p, I think Huawei's done a good job. The real test of Huawei's achievement here is going to hinge heavily on how the phone is priced, though, and this information wasn't revealed during the press conference, nor was a release date. 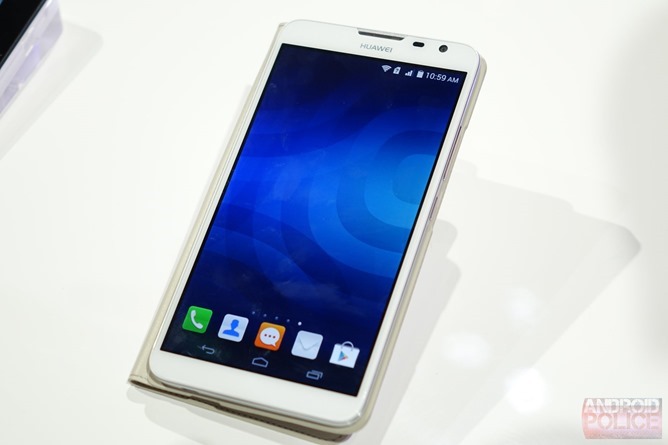 The Mate 2 will also be the first flagship Huawei device to launch in the US (as well as many other parts of the world), though when that launch would be relative to other markets, again, was not up for discussion. A competitive unlocked price could make the Mate 2 a serious budget contender for those in the market for a large phone, and that's an audience Huawei has long courted across the world - an audience that has catapulted Huawei to the #3 smartphone OEM by total shipments worldwide according to the IDC.

Be sure to check out more of our CES coverage by hitting the "ces 2014" tag at the bottom of this post.