We've already discussed ASUS' fun-loving ZenFone and PadFone Mini, but for those who want a little more out of their gadgets-that-do-more-than-just-one-thing, the Transformer Book Duet should be worth a look. ASUS calls its "four devices in one" since it's an Android tablet, Android laptop, Windows tablet, and Windows laptop, but you can take that for what it's worth – I think it's kind of pushing it. It's just a tablet and a laptop, silly marketing people.

But I digress. From a spec standpoint, the Duet is actually pretty solid. Like most modern laptop/ultrabook/hybrid thingies, there will be various models with Intel Core i3, i5, and i7 processors, as well as varying amounts of storage. The tablet portion packs either 64GB or 128GB of storage, and the dock has a traditional HDD. Otherwise, the two share the same processor, RAM (4GB), and the like. The display is 13.3 inches, which is great for ultrabook territory, but kind of large when used as a tablet. I thought it was surprisingly light for the size, though it's definitely a two-hander basically all the time. The docking/undocking action is very smooth and offers a very satisfying click when put in place. 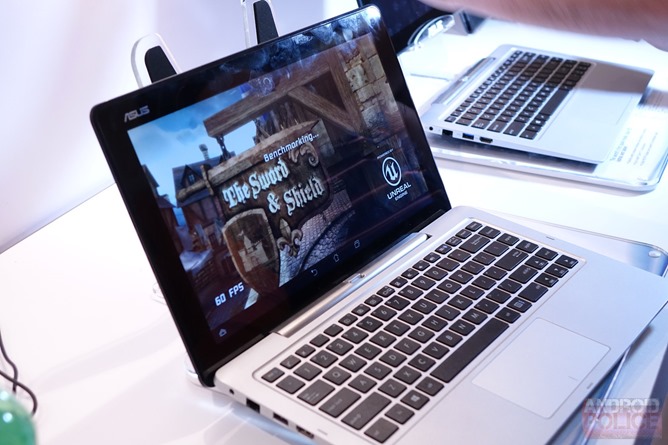 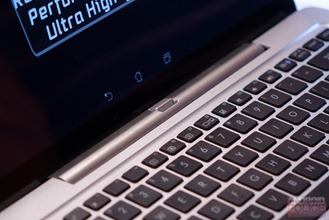 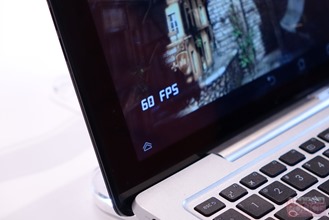 On the performance size, the Duet is full-on beastly in Android. This is, of course, thanks to Intel's Haswell-based Core chips, which maxed out the benchmark in Epic Citadel. It's crazy fast. Once everything is booted up and ready to go, switching between Android and Windows takes about four seconds, which is exactly what ASUS advertises. The transition is incredibly easy to execute, as there are shortcuts on both the keyboard and within the software of both OSes. It's all very seamless.

The overall fit-and-finish of the Duet is a little lower-end than what one may expect from a device like this – ASUS decided to forgo the brushed aluminum of its high-end devices for a much more budget-friendly plastic. The unit we handled felt a little creaky in terms of build, though the actual materials used feels much more pleasant and inviting than the cold feel of metal.

The Duet will start at $599 for the base model (core i3, 1366x768 resolution) and go up from there, with the 1080p model starting at around $699. There's no release date slated just yet, but we'll let you know as soon as that information is available.

[CES 2014] Qualcomm Shows Off The Connected Car Of The Future, Made Possible Thanks To Its ...