We're slap bang in the middle of CES at the moment, but if you're full up on wearables and Android-powered ovens, take a break and check out the best apps of 2013's final month. Below in no particular order you'll find our favorite new apps that debuted during the holiday season. There were a ton of significant app updates, of course, but these are the best new entries from December, along with a few honorable mentions.

There's not much to the Android Device Manager: it's just a mobile interface for Google's tracking and locking function introduced last year. This means that you can remotely find, lock, or wipe any device that you've got connected to the service, whether or not you're in range of a PC. You'll still need an internet connection, of course. 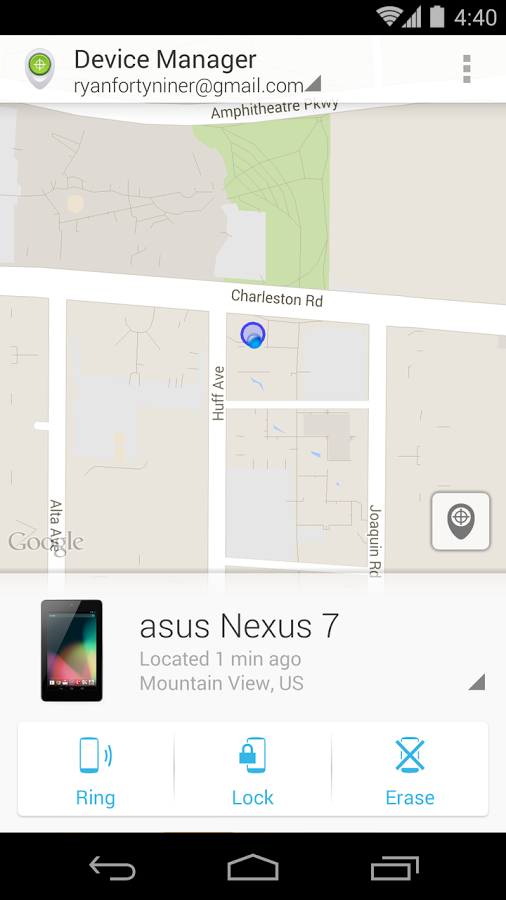 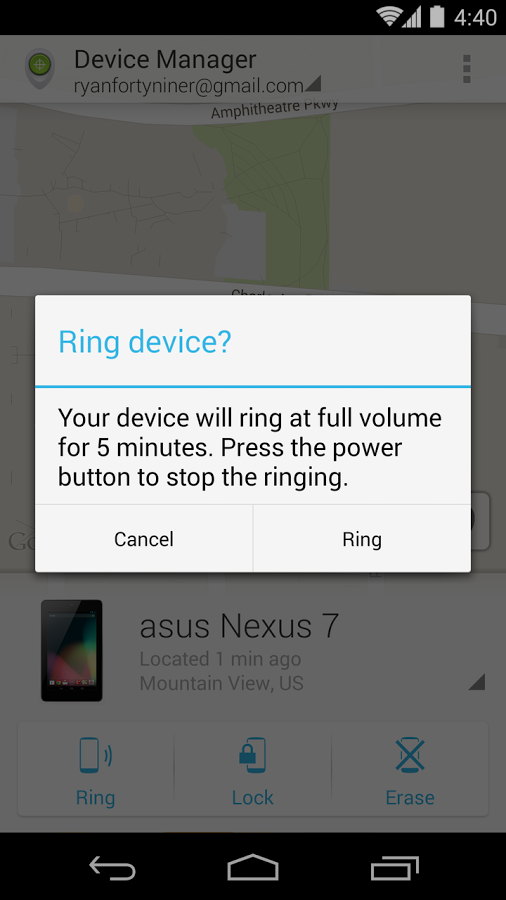 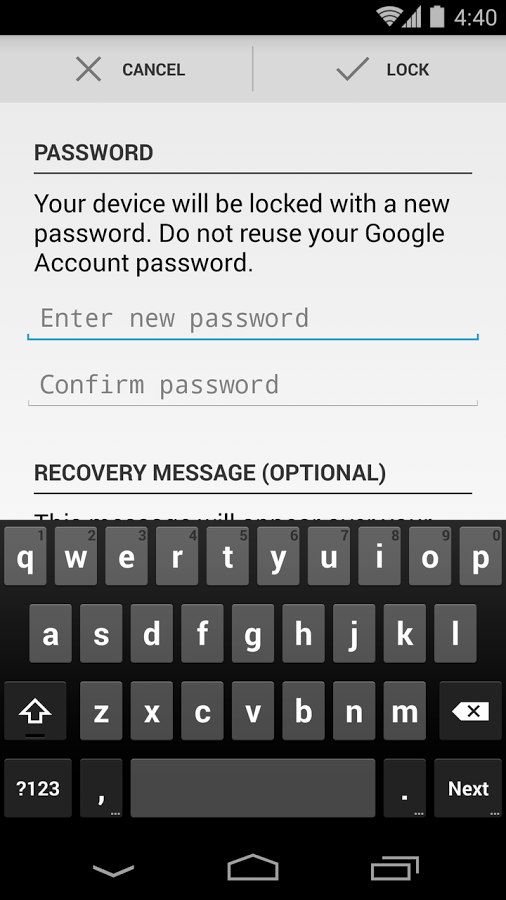 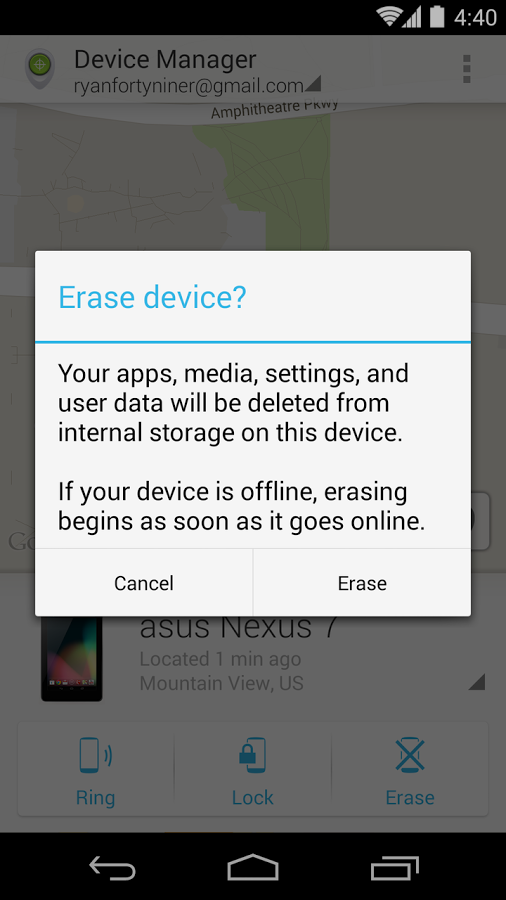 The function of ADM is exactly the same as it is on the desktop/web: select your device and you'll be presented with its physical location (if possible) and the option to lock it or wipe it. You can also make it ring (or just beep, I suppose, if it's a tablet) which should be quite handy for those all-too-frequent times when your phone falls into the couch cushions. The ADM should be in every Android user's toolbox, especially if you regularly travel with more than one device.

Fare thee well, Google Reader, but now that you're gone a new generation of RSS apps are rising to fill your enormous shoes. News+, for example, is probably the slickest and most feature-filled pure RSS reader to come out of the Play Store in some time. It comes from the same developer as the much-loved Greader.

In many ways, News+ is the next-generation version of Greader. It uses the same basic layout and most of the same features, but there are bonuses like better podcast support and new interface options. Best of all, News+ works with plugins, so you can use it with any RSS or news service you want (at least theoretically). The developer has already created modules for Feedly, Feedbin, InoReader, and Tiny Tiny RSS. Plugins from third party developers are welcome. 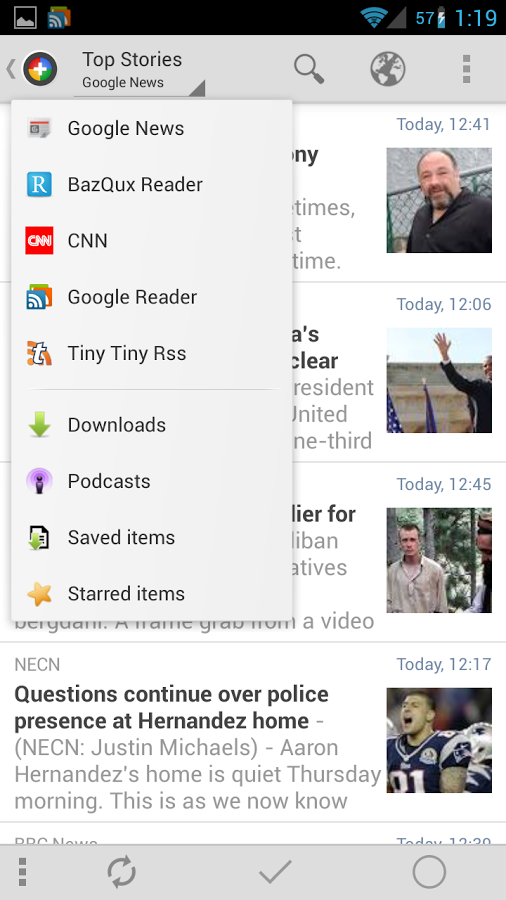 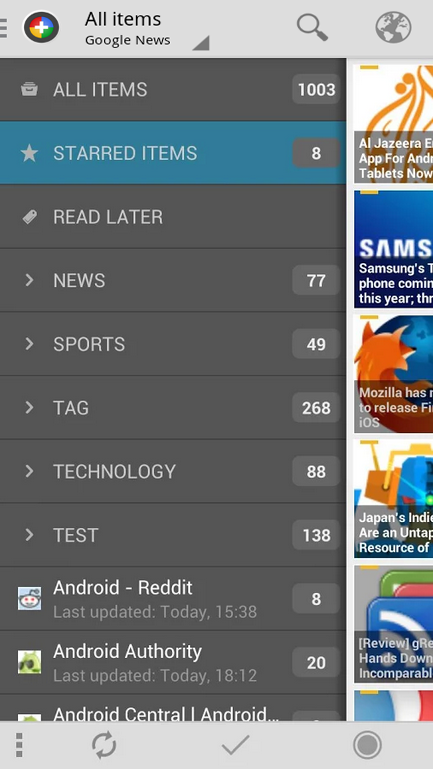 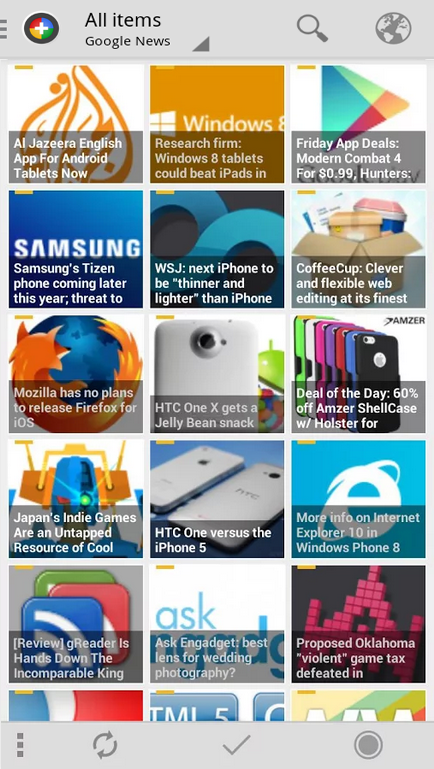 The free version of the app supports one service at a time, and includes advertising. You can upgrade to the paid version for podcast streaming, text-to-speech reading, and upcoming widgets. The unlock app is a steep $5, but for anyone who relies on RSS, it's well worth the investment. 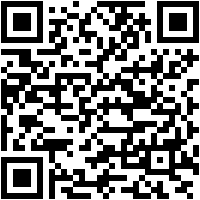 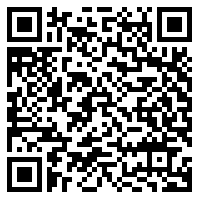 Yes, we know that Chrome has Incognito Mode. But when you're cruising the web, going through your perfectly upstanding and lawful websites, it's all too easy to forget to enable it before visiting a (ahem) sensitive area. Dolphin Zero solves that issue, because it's an always-on private browser that doesn't keep any history, form data, cache, or even favicons. 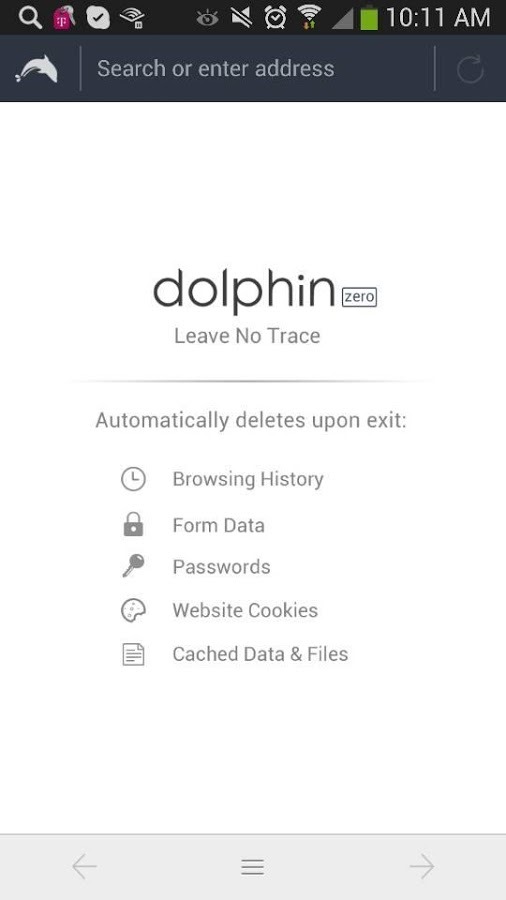 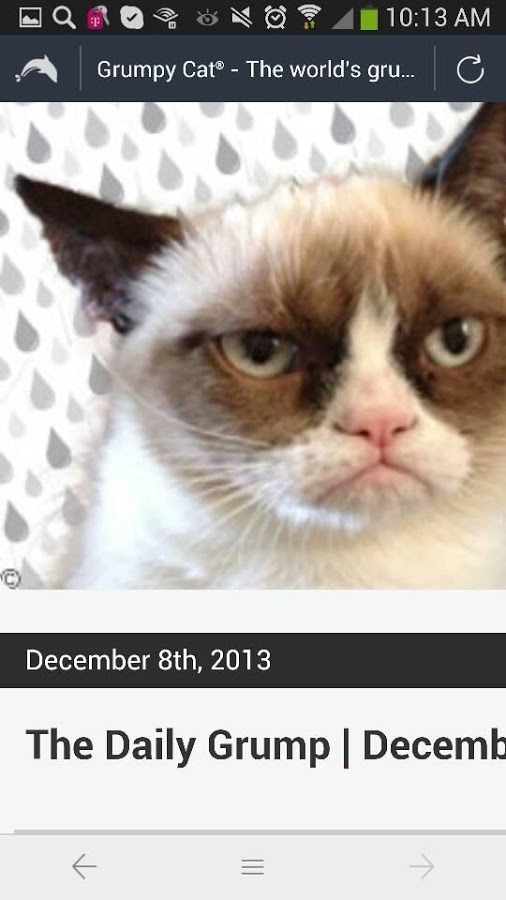 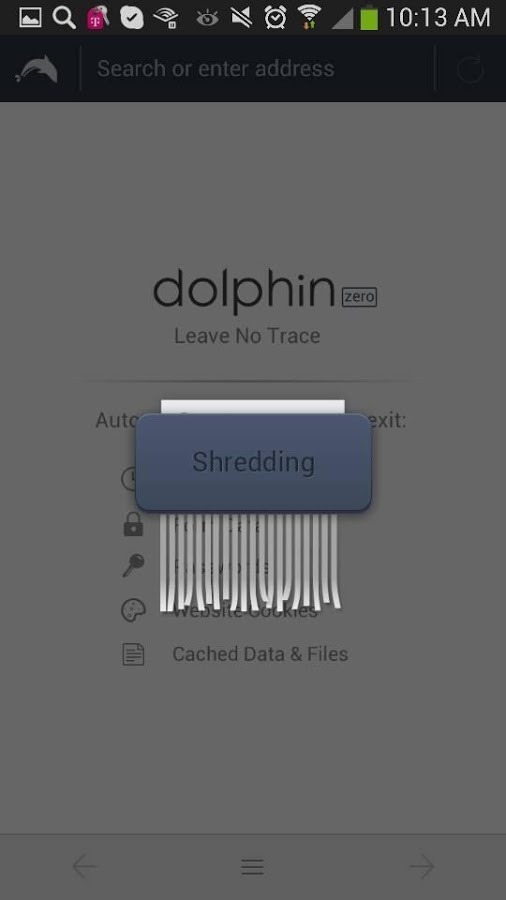 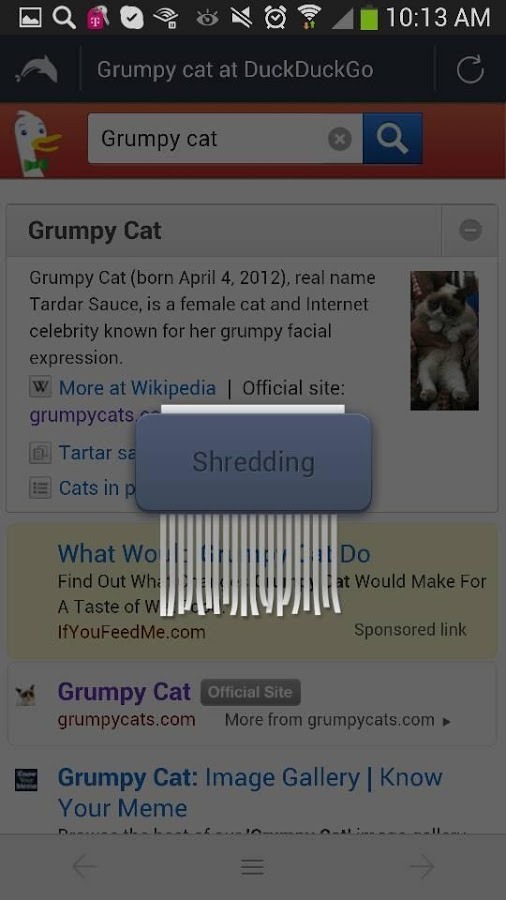 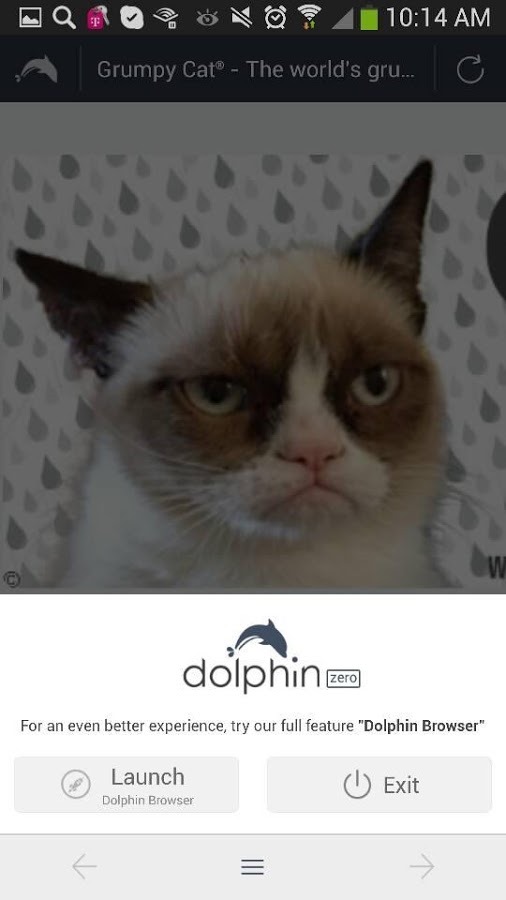 Dolphin Zero will be updated along with the standard version of Dolphin - in fact it's already received one update since we wrote the initial story. If you feel like a separate app for Incognito Mode would be useful, or if it would just encourage you to use it more, give Dolphin Zero a try. It's a free download for Android 2.2 or higher. Got root? Got Android 4.4? Then you need to try Rec. It's the slickest, easiest way to give a user interface to KitKat's built-in screen recording function, with easy start and stop and a laundry list of features. If you're a developer who needs to show off your app (or a gadget blogger who's too lazy to bust out the ADB) it's a handy tool.

The best part of Rec is that it recognizes that taking videos on the device you're currently using is an inherently cumbersome process. You can set a toast timer to count down until the video starts, giving you time to move through the Android interface to whatever it is you're showing off. Videos can be stopped via the notification drawer. Advanced users can change the filename and video bitrate. The only major feature that Rec is missing is sound, but the developer says it's coming. 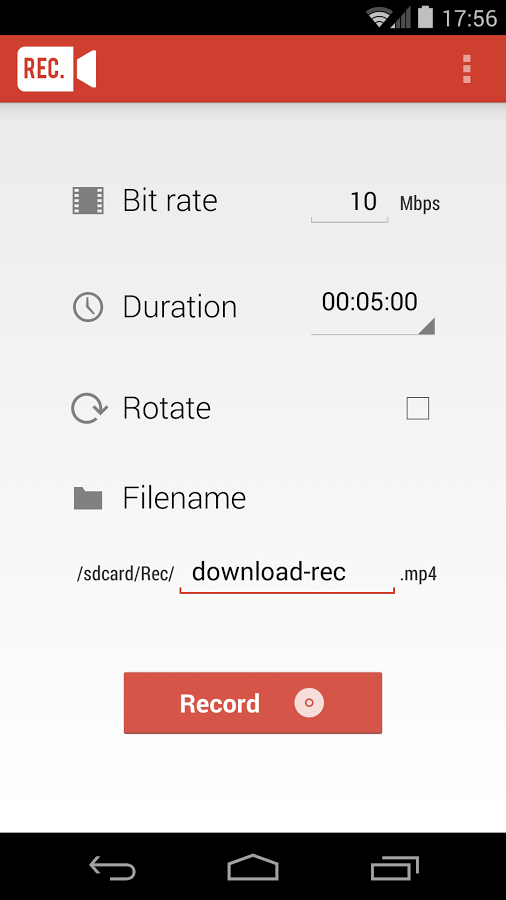 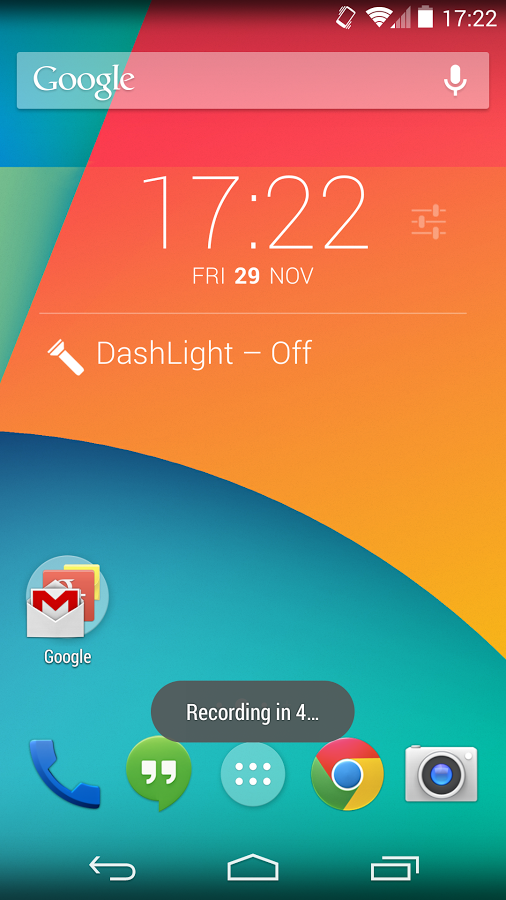 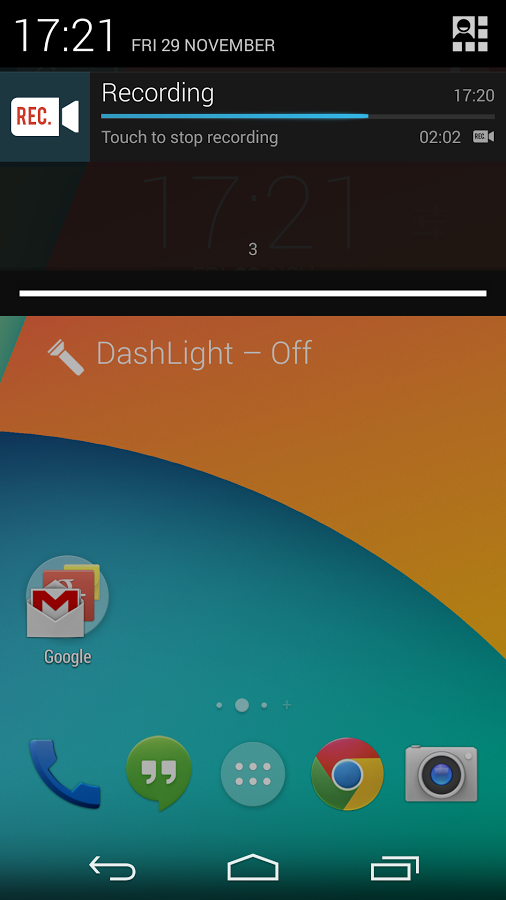 A $1.59 premium purchase unlocks recordings up to one hour, on-screen touch display, and a seamless shake to stop function. For advanced users who've got access to a KitKat device, Rec is easily the best way to make screen recordings at the moment. A calendar app does not need to look good - in fact, I've seen a few that tried to and managed to become worse calendars because of it. But Cal from Any.DO manages to have its cake and eat it too, if by "cake" you mean an awesome interface and a competent feature set to boot. Cal does all the basic calendar stuff - sync from all the popular web platforms including Google Calendar and Exchange, display a widget, handy notifications, et cetera - and manages to be gorgeous at the same time.

In between all those Google Now-style cards and high-resolution images, you'll fine an interface that manages to be minimal and effective at the same time. Naturally, the calendar integrates fully with the Any.DO to-do application, and it also includes hooks for Google Maps, Waze, Uber, and social services. There are a few visual options as well, like the ability to select the theme for the background images. Reminders can be set for the usual time triggers, or location-based reminders (pick up milk and eggs when you pass the grocery store). 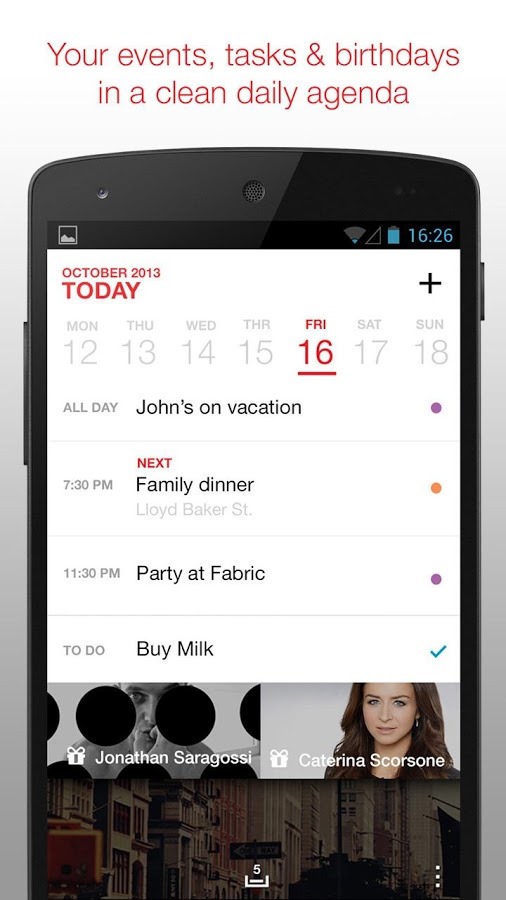 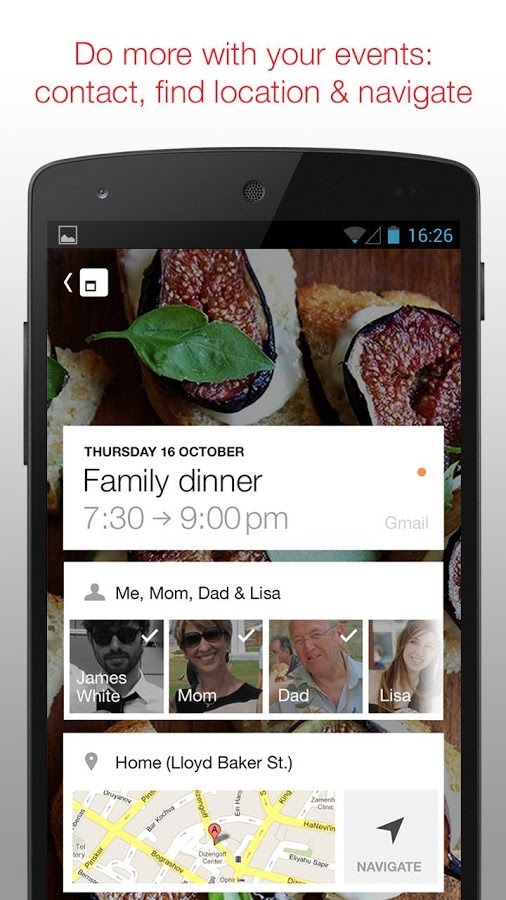 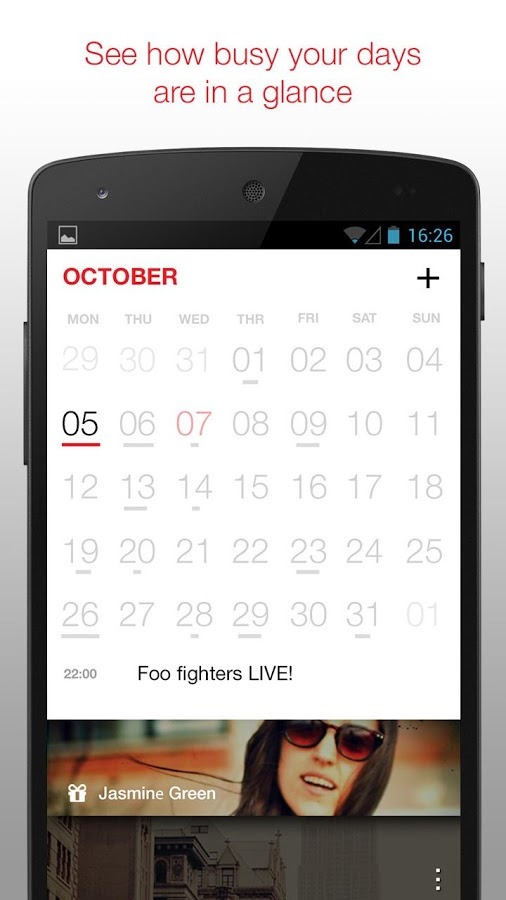 All that being said, Cal probably isn't for you if you're just a periodic calendar user - Google Calendar is almost certainly already on your device and well-integrated with all your other Google-branded stuff. But if you find yourself checking a calendar app multiple times a day, Cal is absolutely worthy of your attention. There hasn't been a whole lot of innovation in the lockscreen arena since Google added widgets in Jelly Bean 4.2, but Cover puts a whole new twist on the standard. The basic idea is that you can launch your most-used apps with a swipe, not unlike the custom lockscreens on HTC and Samsung devices. But the twist comes in the implementation: swipe the app just a bit, and you'll get a live preview "peek," allowing you a richer and more useful alternative to Android's notification alerts.

The beta version of Cover also includes a bit of learning action, since it will gradually adjust the first displayed apps based on your home and work location and the time of day. Swipe down and you'll see more apps, all of which can be "peeked" at without fully switching. Other features include customizable backgrounds, unread counts for email and social apps, and location-aware backgrounds. 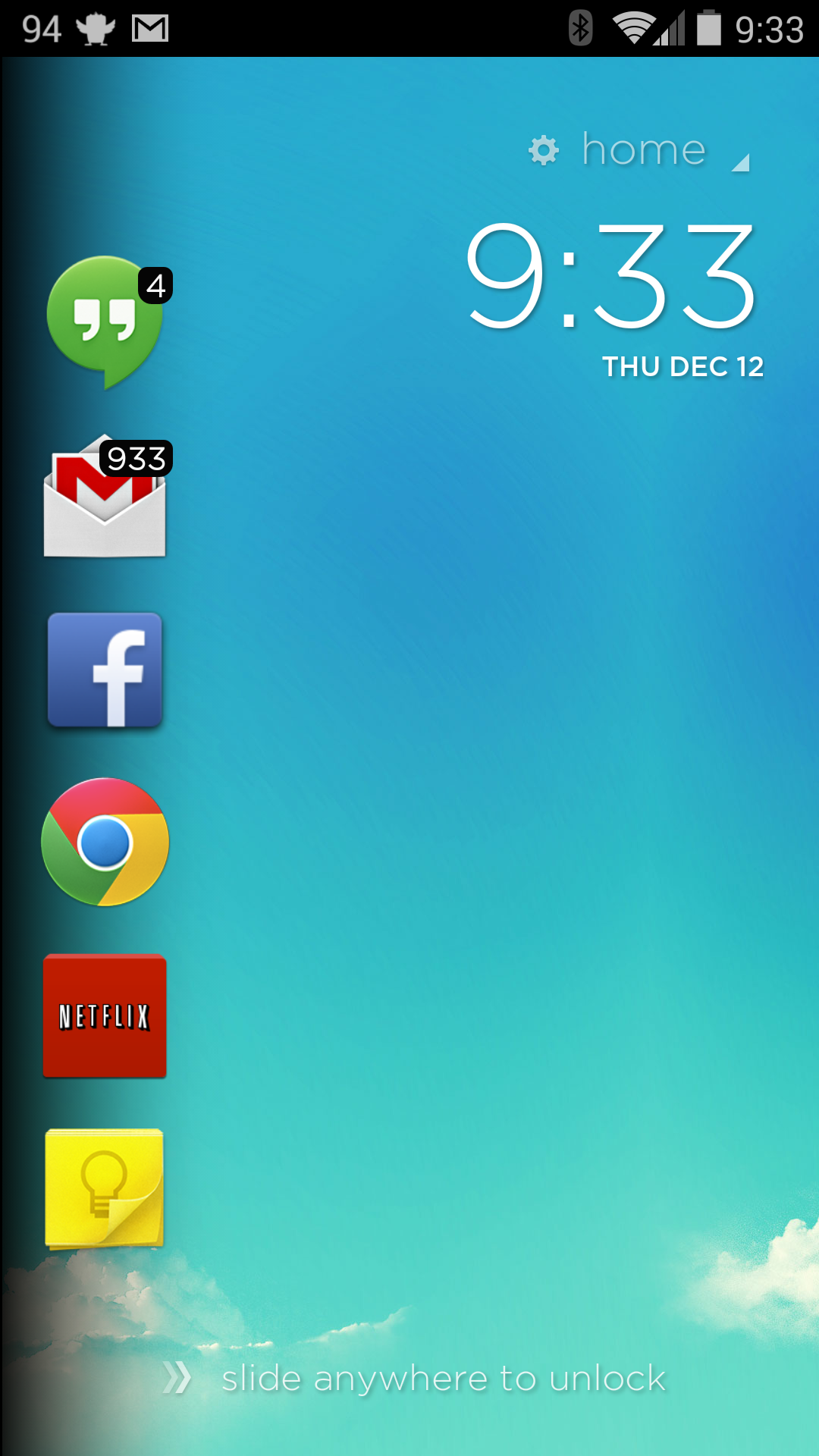 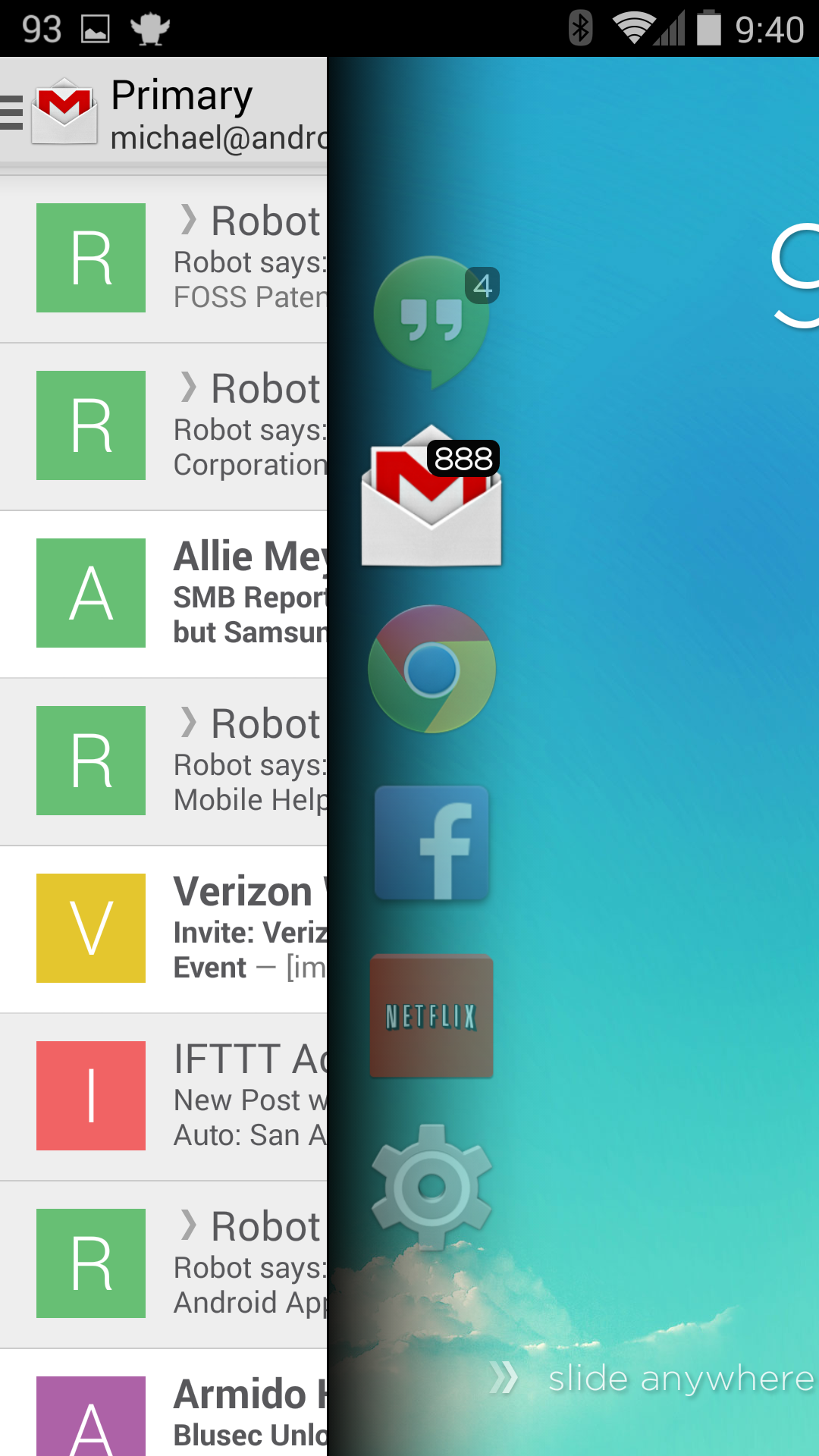 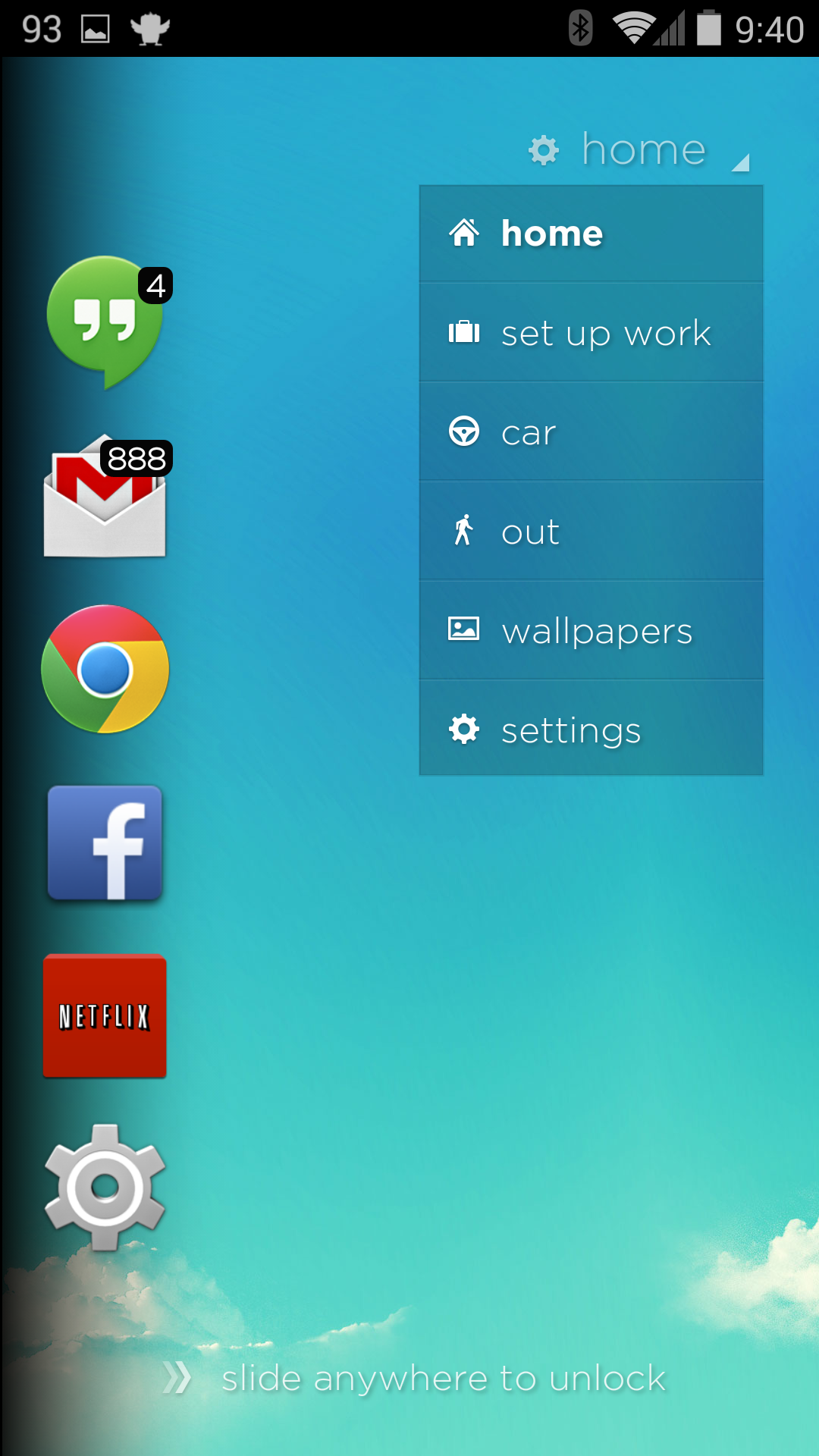 Cover can always switch between apps anywhere else in Android using a SwipePad-style gesture. It probably won't win over users who use widgets or prefer a PIN or pattern lock, since it has to run behind any security measures, but Cover is well worth a look from anyone who wants a better way to quickly access information on their phone. It's a free download for Android 4.1 or later.

I don't think any mobile app will ever be able to fully replicate the functionality of a full DJ deck, but Cross DJ seems to be doing everything it possibly can. A full suite of modification and syncing tools will let you get your basic mixing on, with live audio output and recording options. The touchscreen emulates equalizers, sync tools, filters, and turntables. As a bonus, the app itself is beautiful, effectively using a contrasting background and offsetting colors to let you see your current music status at a glance.

There are a fair number of automatic functions for cross DJ as well, including a "Quantize" mode that automatically syncs music and actions to your current beat, smoothing over the rough patches in live performances. The digital pad includes 15 effects and 16 hot cue pads. Naturally you can use any two pieces of music stored locally on a selection of standard formats.

Cross DJ adjusts the interface for phone, mid-size tablets, and large tablets, so most devices that run Android 4.1 or later should be well-covered. It's a $5 app, but that price includes all the features - there are no in-app purchases or advertising. 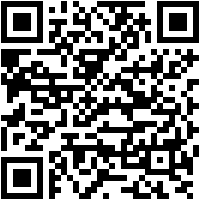 That's it for 2013. We'll be back on the first Wednesday of February with a new batch of hand-picked apps. Please excuse the lateness of this post - we're transitioning to a slightly new format with a new author. Don't forget to check out our regular app and game roundups as well.