Making Android-powered cameras isn't something new for Polaroid, but that doesn't mean it's the first company to come to mind when thinking of capturing digital photos (and for good reason). On the other hand, the company's old instant printing cameras call upon an altogether different set of memories. So now the company is shaking things up by re-introducing the premise it's known for. Not only can the Socialmatic instantly share pictures to social networks like any other Android-toting camera out there, it can instantly print them out to a 2"x3" sheet of paper. 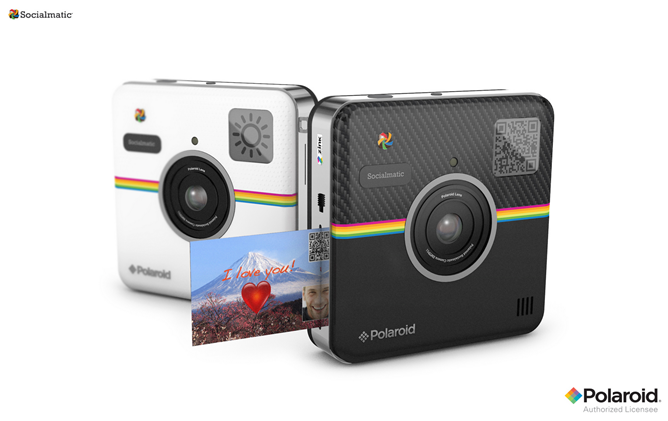 To be fair, Socialmatic isn't being developed by Polaroid. It comes to us by way of Socialmatic LLC, a company whose idea for a camera drew inspiration from the Instagram icon. It is licensing the Polaroid name because, well, printing. If you don't get the connection, OutKast has a song that can explain it for you. Though, unfortunately, the Socialmatic's prints won't require you to shake them upon production.

Disregarding how bad a name Socialmatic is for the time being, I kind of dig the square design. A 14MP camera resides on the front, and there's a 2.1MP shooter on the back for all the selfies you can fit on its 4GB of internal memory or a microSD card. There's also a 4.5-inch display for interacting with the built-in functionality. I just hope the tablet UI shown in the press image is a lazy joke, because it looks like an awful idea. 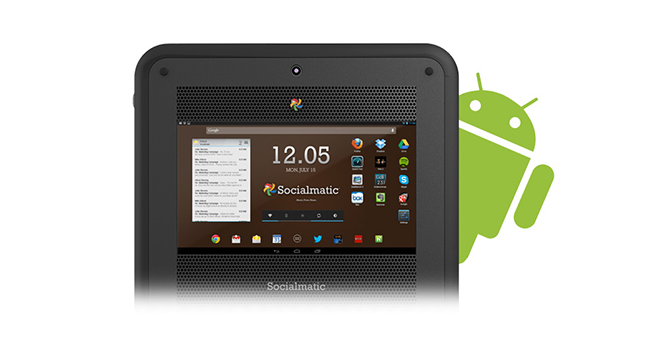 This isn't the first time we've heard of the Socialmatic, but at least now we have a release timeframe. Look for it to land on store shelves in the fall of this year.