Smartwatch fans now have a new Pebble to drool over: the Pebble Steel. This is functionally identical to the original pebble, but it's smaller, thinner, and of course comes in a steel wrapper. This new model of the Pebble comes in black or silver colors and demands a $100 premium over the standard plastic model, retailing for an impressive $249.

Pebble Steel comes with a matching metal band and a bonus leather band, custom made for the unique head (which may not work with interchangeable watch bands). The plastic cover from the original is replaced with Corning Gorilla Glass - not as strong or scratch-proof as synthetic sapphire found on some watch crystals, but much, much better than the previous model. It also has an integrated LED light to indicate charging status. 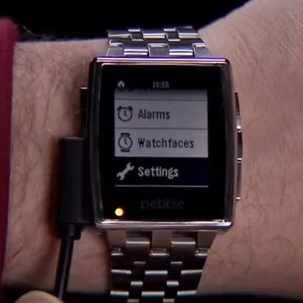 Here's the LED indicator light. Right now it's locked to charging status, but eventually it may be opened up to developers. 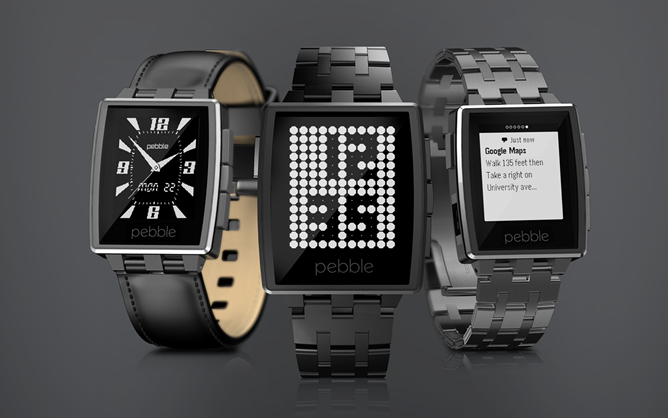 Underneath that shiny exterior, it's the same old Pebble smartwatch that the company has been slowly improving over the last year. Pebble will be showing off more partner apps and a look at the Pebble App Store later at CES. Those in the US can order Pebble Steel at GetPebble.com starting today, and orders will begin shipping on January 28th.

“With Pebble, we created an iconic, colorful, and sporty smartwatch,” says Product Evangelist Myriam Joire, “but we wanted to build something even more refined. Pebble Steel cranks the style dial to 11.”

“Our mission is clear,” says CEO Eric Migicovsky. “Create the gold standard for wearables that mesh perfectly with your everyday life, and build the fundamental ecosystem and platform for these devices.”

[CES 2014] SanDisk Ups The Capacity On Its Wireless USB Flash Drive To 64GB, Makes It Available ...