Huawei has been trying to break into the US market for years, but the current trend towards inexpensive, off-contract smartphones may be in their favor. That would explain why the company stated that it plans to bring the Ascend Mate II to American shores in its CES press conference. This big-screen, mid-range phone has a trick up its sleeve thanks to an oversized battery.

Let's dive into the specs, shall we? The Ascend Mate II uses a 6.1-inch IPS LCD screen - not bad, especially for those who want a large display. Here's the kicker: it's 720p, considerably lower-resolution than devices like the Galaxy Note 3 or the HTC One Max, and more in line with the Galaxy Mega series. Combine that with the Snapdragon 400 (MSM8928) dual-core 1.6Ghz processor (a 1.6Ghz Huawei model will sub in for the Chinese market), and this seems like a mid-range phone for sure. On the other hand, it's got 2GB of RAM, a 13MP F/2.0 rear camera and a 5MP F/2.4 front-facing shooter, and a downright ginormous 4,050mAh battery. That says "premium." 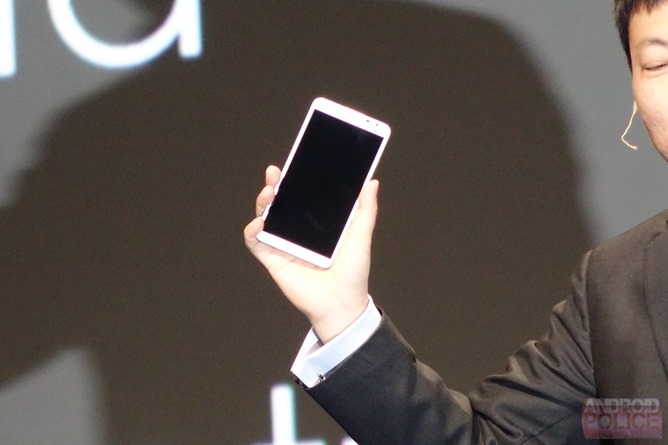 And that battery isn't limited to powering the Ascend Mate II. The internal removable battery can actually be used to power other mobile devices. We'll have a hands-on later to test this out. 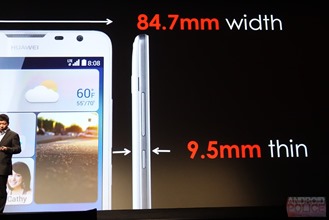 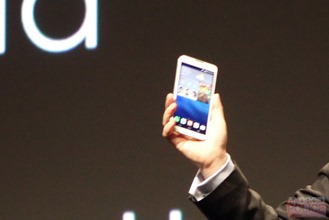 Other specifications include 16GB of storage with a MicroSD card slot, a 9.5mm body, LTE category 4, and Huawei's highly customized "Emotion" skin on top of Android 4.3. This software can react to some unique gestures, including squashing certain apps to one side or another with a tilt.

Huawei isn't saying when the Ascend Mate II will be available, or on which American carrier it intends to release the device... if indeed they intend to release it with a carrier partner at all. At the CES press conference AT&T was floated as a "compatible" carrier, so whatever happens, a GSM-LTE model is likely.

LAS VEGAS, Jan. 6, 2014 /PRNewswire/ -- Huawei, a leading global information and communications technology (ICT) solutions provider, today launched the HUAWEI Ascend Mate2 4G at the 2014 Consumer Electronics Show (CES). The 4G LTE-enabled smartphone is Huawei's new super performer that gives people around the world more power and a bigger screen to seize opportunities at every moment. With its 6.1-inch IPS screen, long-lasting 4050 mAh[1] battery, and 5-megapixel front-facing camera, HUAWEI Ascend Mate2 4G is perfect for enjoying more non-stop entertainment and has enough power to watch six downloaded movies or listen to up to 100 hours of music on a single charge.

"With HUAWEI Ascend Mate2 4G, we are bringing the benefits and convenience of superfast connectivity to people everywhere," said Colin Giles, Executive Vice President, Huawei Consumer Business Group. "HUAWEI Ascend Mate2 4G is power-packed for the mobile generation who want non-stop entertainment on the go, such as the ability to snap and download photo albums in seconds or use their smartphone as their mobile office."

[CES 2014] SanDisk Ups The Capacity On Its Wireless USB Flash Drive To 64GB, Makes It Available ...