When it comes to toys you can control from your smartphone, few are quite as fun or inspiring as Sphero. Orbotix blew onto the scene a little over a year ago with an awesome choreographed display in Union Square. The company followed up on the original with an upgraded v2.0 of the robotic ball which began shipping in September, but that wasn't to be the end of the line. Orbotix is at it again with a completely redesigned robot, dubbed Sphero 2B.

The new form factor abandons the spherical shape of its predecessors for a more elongated body and a pair of serious off-road tires - it almost looks like a futuristic monster truck. The redesigned shape provides more stability and makes it possible to quickly change direction. Sphero 2B should be able to achieve speeds of up to 14 feet per second, doubling that of Sphero 2.0, and supports interchangeable wheels, tires, and hubcaps for handling different terrain.

Like the rest of the family, Sphero 2B is very programmable and can be used as both a robot or as a game controller. It connects through Bluetooth LE with a range of about 30 meters. 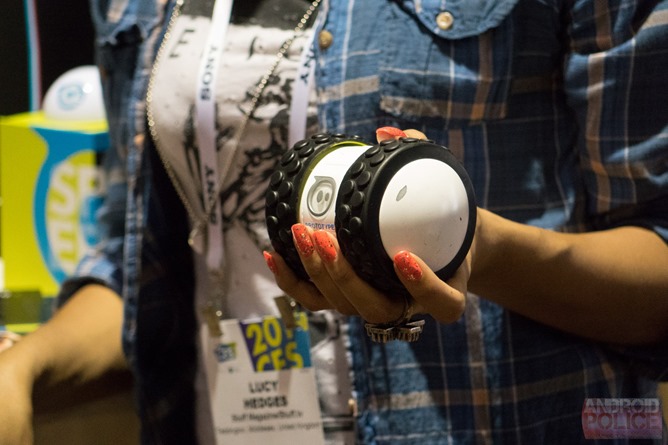 Sphero 2B is making an appearance at CES 2014, but won't begin shipping until Fall 2014. The price should come in just under $100 USD. If you would like to make sure you're one of the first to receive it, hit the Sphero website and get on the reservations list now.