Getting in some early news, Samsung has - as part of CES 2014 - announced its new Samsung Smart Home service, a means by which users will be able to control all their connected home appliances (from refrigerators to air conditioners to smart light bulbs) through a single app on their compatible smartphone, tablet, smart TV, or wearable device.

Device Control, as you might guess, allows users to control home devices using a mobile device remotely. The feature also allows for voice commands so if, for example, you're going to bed, you could tell your smart TV "good night," and it would know to turn off and tell the lights to dim gradually.

Home View will give users a peek inside their own home with "in-built appliance cameras," while Smart Customer Service will notify you "when it's time to service appliances or replace consumables." 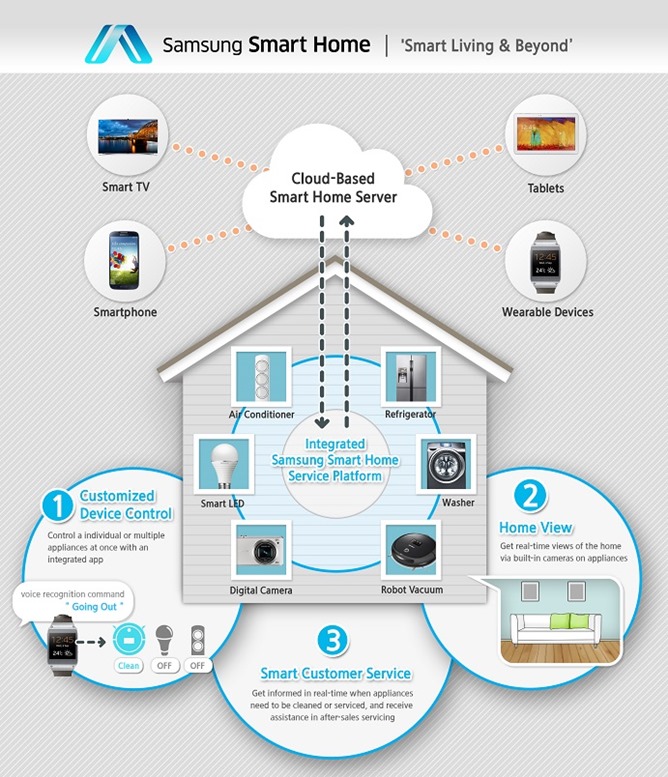 What is perhaps more interesting than Samsung's initial offering - which will roll out across Samsung's own devices and appliances "in the first half of 2014" - is that the manufacturer has developed a "Smart Home software protocol" that will allow other device and appliance manufacturers to gain compatibility with the system.

Exactly who will jump on board with the protocol remains to be seen, and Samsung notes that "initial deployment" of the service will cover a range of Samsung Smart TVs, home appliances, and smartphones, with support for more products and third-party manufacturers coming later.

Samsung also notes in its release that it plans to expand the service to home-energy, secure home access, healthcare, and "eco home applications" through unspecified third-party partners. For the full announcement, hit the link below.

The Walking Dead Game From Telltale Shows Up In The Amazon Appstore, But It's Only For The ...