Panono has a total resolution of 108MP, making it the highest resolution available on a consumer camera. Of course, those pixels are spread out around the entire panorama. The ball has 36 cameras all over the surface and will automatically take a picture when it reaches the apex of a toss. The composited image will be sent to your smartphone through the Panono app so you can preview it. If it looks good, save it to the web. Much like Street View, you can pan around an image by moving your device. Panono can also be used like a handheld camera or mounted on a pole. You'll even be able to save the 36 individual images, if you want. 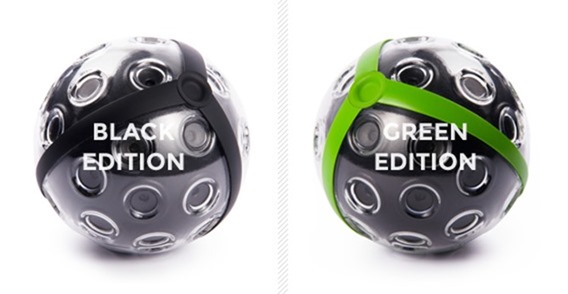 This isn't a cheap device. The people who got in on this funding campaign must have been serious to drop a minimum of $499 to get a Panono. This was also a fixed funding goal, so the company would only have gotten the cash if the campaign reached the magic number. If you want in on the mulit-cam fun, you still have a little over two days to pledge. Panono is expected to ship in September.

[Bonus Round] Farm Heroes Saga, Division Cell, And The Sheepening