The Archos name isn't unheard of around these parts, but while the company has introduced more than a handful of affordable tablets into the market, it isn't the first brand to come to mind when thinking of smartphones. It has produced some before, but they were nothing particularly exciting. Now the company will up its game by rolling out not one but two 4G LTE-capable smartphones at CES next week - the largely identical-looking 45 and 50 Helium. 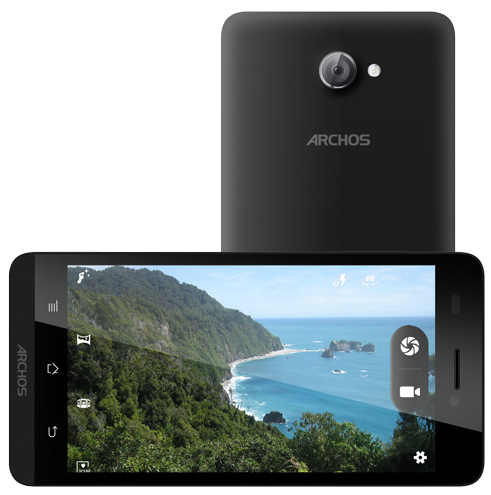 As you would expect from Archos, neither of these handsets will be particularly groundbreaking, but if you're in the market for a phone priced reasonably competitively with the $179 Moto G, there's something to see here. Both models come with Android 4.3 but will be upgradeable to Android 4.4.2, and they're powered by a Qualcomm MSM8926 quad-core 1.4 GHz processor. The cheaper 45 Helium has a 4.5-inch 854x480 display, while the beefier model shows off a 5-inch screen with a 1200x720 resolution. The former has 4GB of internal memory, and the latter has twice as much. Both sport 1GB of RAM. 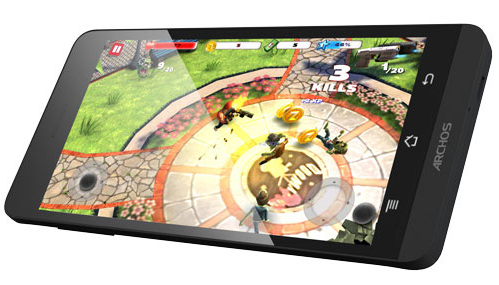 The 45 Helium will cost $199 once it goes on sale, and the 50 Helium will go for $50 more. Both fall short of undercutting the Moto G on price, but you do get a Micro SD card slot and faster data speeds for the extra money. See the press release below for more details.

ARCHOS’ grand entry into the 4G era smartphone market, the ARCHOS 45 Helium 4G features a vivid 4.5-inch screen with IPS technology, blazing fast Quad Core 1.4 GHz processor and is capable of transferring speeds at up to 150 Mbps using a 4G/LTE network. The ARCHOS 50 Helium 4G, a slighter larger offering, comes equipped with the same cutting edge technology but has a 5-inch HD 1280x720 screen, 8 GB of storage and a 8 MP camera.

The launch of the ARCHOS 45 and 50 Helium 4G phones addresses the growth in global 4G network availability and the increasing global demand for affordable mobile technology. ARCHOS’ new smartphones build on the company’s overwhelming success in the European mobile market and takes advantage of its partnership with Qualcomm, leader in mobile chipsets and processor, to jointly engineer and launch affordable 4G solutions worldwide.

“The smartphone has revolutionized the way consumers access information, giving them the ability to instantly view, connect and share ideas regardless of location and time,” says Loïc Poirier, CEO of ARCHOS. “The ARCHOS Helium 4G smartphones will once again change consumers’ mindsets by making the best possible technology affordable.”

For more information about ARCHOS Helium 4G smartphones or the entire selection of  smartphones, tablets and connected objects, visit us during CES 2014 at Central Hall Booth 9844 or at www.ARCHOS.com