Whether it's a "moonshot" or not, Google seems to be dedicating considerable resources to its new robotics initiative, both financial and human. Almost three months ago Romain Guy, a highly-visible part of Google's internal Android software engineering team (and a pretty spiffy photographer to boot), announced that he was leaving Android for another internal Google position. He has since confirmed that he's moved to the new Google robotics team, currently headed by ex-Android head honcho Andy Rubin. 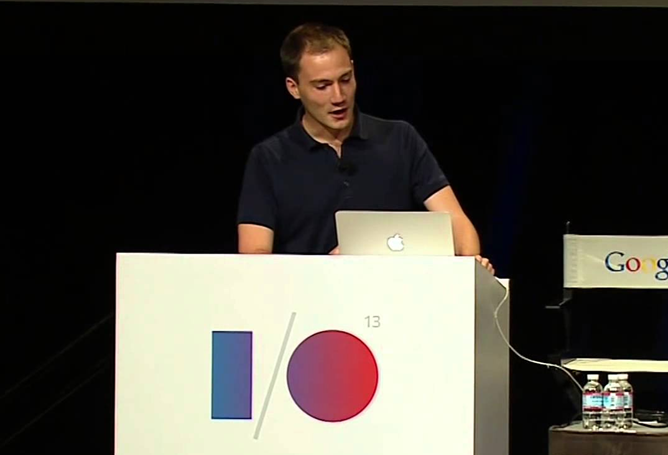 Guy confirmed the move in an off-the-cuff comment on the Android Subreddit, where he is a regular and enthusiastic participant. He's the second major Android employee to be moved to the new robotics project, presumably dodging puns all the way down the hall. Google has also made headlines by snapping up Boston Dynamics, the robotics firm responsible for buzzworthy quadruped robots like BigDog and Cheetah. Boston Dynamics joins a handful of robotic hardware and software companies that have been quietly purchased by the Silicon Valley giant. Google's robotics team is currently split between two offices in Mountain View and Japan.

I'm glad you like my photos. I am working on Andy's new project indeed.  -Romain Guy

There's still very little known about Google's robotic initiative, though Rubin has stated that the team is focused on the industrial and logistical markets at the moment. Romain Guy hasn't said anything about his particular role, but with the amount of software required on even simple robot projects, it's easy to see why someone with his resume was moved to the new team. Guy graduated from INSA de Lyon with a Masters in Computer Science and has worked for Google as a software engineer since 2007.

Then again, maybe they just need good photos of those new toys.

DashClock Updated To v1.6 With New Design And Color Options