Welcome to the latest entry in our Bonus Round series, wherein we tell you all about the new Android games of the day that we couldn't get to during our regular news rounds. Consider this a quick update for the dedicated gamers who can't wait for our bi-weekly roundups, and don't want to wade through a whole day's worth of news just to get their pixelated fix. Today we've got an interesting music game, a Call of Mini title with a new coat of paint, a shameless Angry Birds clone, and a holiday-themed tower defense game. Without further ado:

What's Slenderman doing in an airy rhythm game with a tiny anime girl? You'll have to play it to find out. The basics of Deemo are pretty similar to Guitar Hero and other popular music games, but it's wrapped up in an atmosphere of mystery and oddity, which should be a major plus for fans of indie games in general and anime in particular. The free version is basically a demo - you'll need to pay a couple of dollars via in-app purchase to get access to more songs and the full game story.

From team Cytus, a world acclaimed music rhythm game. Rayark brings you Deemo, a hybrid of music rhythm game and the story of urban fantasy, with hand-drawn art, story-telling gallery and real instrumental feedback of piano key sound. Deemo is a mystic character lives in solitude, a castle, all by itself. A little girl falls from the sky, not knowing who she is, where she comes from. To help the little girl back to her world, Deemo comes to realize a tree keeps growing tall on top of the piano whenever it plays. 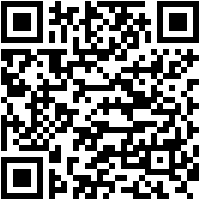 The Call of Mini series has typically been a cutesy, over-the-shoulder take on Call of Duty (natch), but the latest release has its crosshairs aimed squarely at Halo. The futuristic setting and telltale armor give the game a new look, but it's still the same basic arena shooter, combining competent action with a smattering of humorous violence. As with previous Call of Mini titles, Infinity is free with in-app purchases, which might not be so hot for competitive multiplayer.

35 years ago, humans discovered an inhabitable star known as Caron. They have started to gather a vast army of star warriors in preparation for an expedition to that planet outside the solar system. And you're the leader of this army! Take your army safely to the planet. When you land, build a base and set up defenses against incoming alien attacks. Then what's left is to conquer this planet completely! 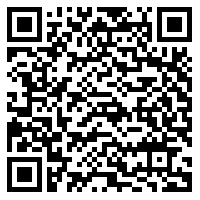 Siege Hero is a rather unapologetic rip-off of Angry Birds. I mean, it's just blatant: physics-based knockdowns, wood and stone playground structures, limited and varied volleys, even big-headed green enemies that go "poof" after they die. The sequel adds wizards to the mix, plus the usual new levels and elements. There's no subtlety to this imitation, but it's become incredibly popular over on iOS, and at least it doesn't include that incessant squawking or pushes for plastic toys. Free with in-app purchases.

Enjoyed by millions, Siege Hero returns with the biggest update yet! Discover weapons with mysterious magical abilities and devastating power-ups. Slay orcs, trolls and explosive goblins on your journey to defeat the evil wizard. Destruction has never been so creative. 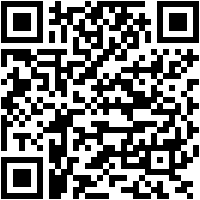 We've featured Toy Defense 2 before. This game is just a re-release of the free version, though the developers have thrown in an extra Christmas-themed world - because nothing says "Happy Holidays" like a tank shell to the face. Once you escape from the North Pole, standard military-themed tower defense awaits you.

Happy holidays! Amazing gifts are waiting for you under our Christmas tree! Download the Xmas Edition now and get over 100 levels of Toy Defense 2 absolutely FREE! Toy Defense 2: Xmas Edition includes two action-packed worlds from the full version and a magical Christmas world. Don't wait! This wonderful new version of the app is available for a limited time only during the holiday season!

DashClock Updated To v1.6 With New Design And Color Options