The titular valet in No Brakes Valet isn't quite as bad as the famous garage attendant from Ferris Bueller's Day Off. He is, in fact, a professional. And he'd be well on his way to the Valet Hall Of Fame... if it weren't for an apparently religious opposition to using the brake pedal. It's the sort of minor personal hang-up that can really sink a career in vehicular services.

No Brakes Valet was originally an OUYA title, though it comes from slightly notable indie developer Captain Games, of Enviro-Bear 2010 and BEEFWAR fame. The objective is to park a series of cars in a tiny parking lot without using brakes. To say that the game is difficult is to miss an opportunity to use adjectives like "soul-crushing" and "digitally cruel," but it's all in a sense of fender-bending fun, spurred on by the developer's standard Microsoft Paint graphics. That said, moving from a controller to a touchscreen can't do No Brakes Valet any favors.

Most cars can (and will) be parked anywhere, but you'll get a curveball every once in a while with a dignitary or a handicapped parking space. Road hazards include buildings, water traps, and moose. You'll need a keen eye for physics and a distinct lack of concern for other people's property to win. No Brakes Valet is a reasonable $3 on the Play Store with no in-app purchases. 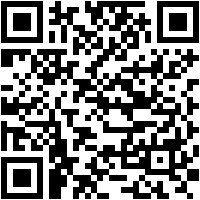 PSA: Make Sure You Reboot After Unlocking Your Nexus Or GPE Device's Bootloader