"I want my MTV" was the promotional slogan that Music Television used to get itself onto just about every American cable company. Twenty years later the network seems to have just about anything except music on its lineup, but if you still want it, the new official app can deliver MTV's programming right to your Android phone. The self-titled MTV app grants access to current shows in an on-demand setup, but only if you already pay for cable or satellite TV. 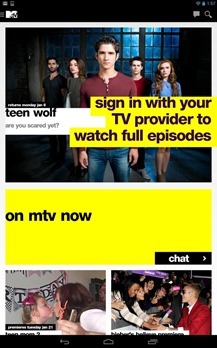 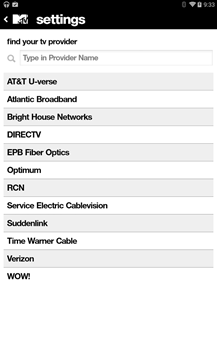 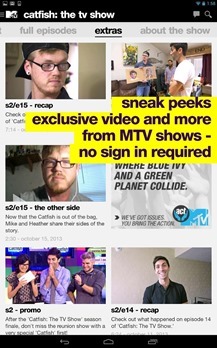 Like HBO Go, the app insists that you sign in with your cable provider ID before you get to any of the full episodes. That's understandable, but certain customers will be frustrated that their company isn't supported... including the rather large amount of Comcast and DISH Network watchers out there. Other big cable/satellite companies like AT&T U-Verse, DirecTV, Verizon, and Time Warner Cable are on the list. 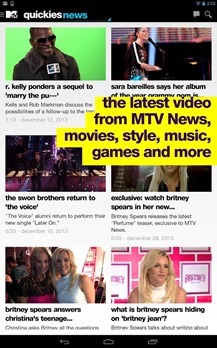 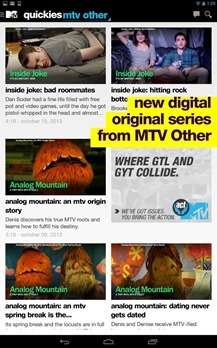 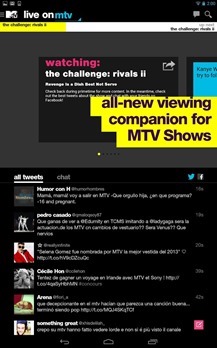 Without a cable subscription you still have access to trailers and other promotional video, plus "news," digital-only series, and MTV's second screen experience consisting of music information, quizzes, polls, and show-specific Twitter feeds. You can also access Facebook chat through the MTV app. For some reason. The app itself is free and compatible with Android 4.0 or higher. For those of you who genuinely want to watch music videos, there's another app available, no subscription required. 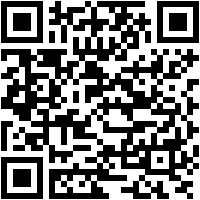 CyanogenMod YouTube Channel Comes Alive With Its First Video – A Demo Of The Oppo N1 ...

CyanogenMod Is Now Installed On Over 10 Million Android Devices