If you're a fan of the CyanogenMod family of custom Android ROMs, then you're in extremely good company. According to CyanogenMod's official statistics page, the ROM and its derivatives are now running on just over 10 million Android phones and tablets. Those statistics come from CyanogenMod users who voluntarily report activity via the built-in CMStats function, so the actual number of devices could be higher. CyanogenMod's head honcho and Cyanogen Inc. CTO Steve Kondik announced the news on Google+. 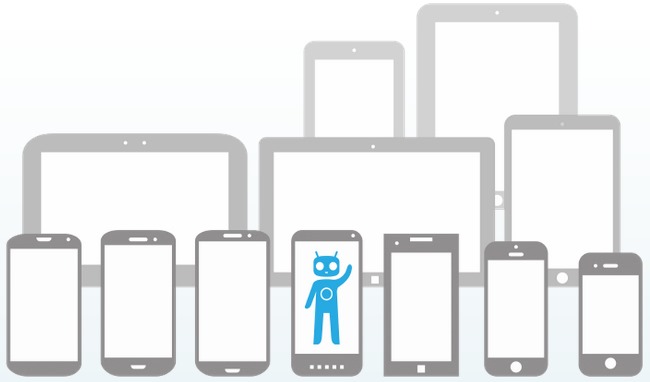 A few things to note: these numbers are for devices, not users, since one user with multiple smartphones or tablets running CyanogenMod will be counted twice. Also, device that aren't actively being used are periodically removed from CyanogenMod's statistical pool after 90 days or less, so there probably aren't many dusty Nexus One units buoying up those numbers from desk drawers. 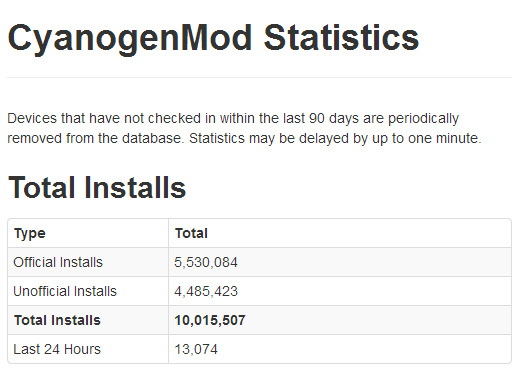 CMStats breaks down the install base by both device and CyanogenMod version. CM 10.1 (Jelly Bean 4.2) nightlies are the most popular at 1.15 million users, and CM 10.2 nightlies (Jelly Bean 4.3) are a distant second at 700,000. The humble Samsung Galaxy S is at the top of the CM heap with just over half a million active users - it currently has a CyanogenMod 11 (KitKat) nightly build available. The Galaxy S II and Galaxy S III are close behind. Surprisingly the first Nexus device is the Galaxy Nexus GSM, way down at number 8 and 187,180 users. There's a heavy prevalence of low-end devices which have long since ceased to get official Android builds from their manufacturers. Combine this with quite a few versions of CM 7 and CM 9 near the top of the "Installs by version" list, and it's clear that CyanogenMod is a haven for users who want newer versions of Android than what they can get through more official channels.

This is a major milestone for CyanogenMod, and not just in a "rah rah" sort of way. Cyanogen Inc. is a young company making its first forays into the world of both consumer technology and business-to-business software, so any significant metric of user base and engagement is helpful. If we take Google's KitKat proclamation of one billion Android activations as fact, we can say that CyanogenMod is running on roughly one out of every one hundred Android devices. Other factors may skew that - Google doesn't keep track of Android phones and tablets without access to the Play Store, and there are plenty of ROMs based on CyanogenMod code that don't get added to CMStats - but any way you slice it, it's a lot of phones and tablets.