Welcome to the latest entry in our Bonus Round series, wherein we tell you all about the new Android games of the day that we couldn't get to during our regular news rounds. Consider this a quick update for the dedicated gamers who can't wait for our bi-weekly roundups, and don't want to wade through a whole day's worth of news just to get their pixelated fix. Today we've got an old-school tactical RPG, a platformer with a Fine Arts degree, a microscopic casual game, a Tony Hawk wannabe, and an imitation Disney princess. Without further ado:

Record of Agarest War looks like nothing more nor less than a resurgence of the tactical Japanese RPG sub-genre that became so popular in the late nineties and early 2000s. If you've played any of these games (Final Fantasy Tactics, Tactics Ogre, Disgaea) you know what to expect: lots of story-heavy battles played out on a 2D grid, with different classes taking turns to beat the crap out of each other. If you're not a fan of the JRPG or anime style, feel free to skip Agarest. Otherwise it's a pricey $8.66 (for the moment) with an addition 1.8GB download. MOGA and Xperia Play support plus Google Play cloud saves are included.

It was the end of the age of gods... An age that ended when the door to oblivion was opened. There were five continents in the world of Agarest, each one pierced by a great pillar that towered toward the sky. These soaring monuments were the gods themselves. The beginning of our story and the end of the age of myth find their start on the continent of Lucrellia when a young man named Leonhardt sacrifices everything, even his future and his children, to protect an elven girl. At death's door, he pledges himself to a contract... 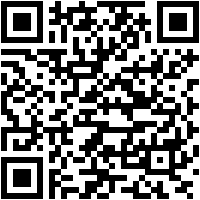 At first glance MIMPI looks like your typical kid-friendly platformer game, but it quickly changes into something more, well, weird. The levels and enemies look like something ripped right out of a Dali painting, and the story advances in a series of wordless comic book vignettes. The game mixes basic platforming, puzzles, and an evocative story to make something that's unique. MIMPI is two bucks plus in-app purchases.

Explore strange new worlds and unique adventures in Mimpi - a fantastic new adventure, puzzle, and platformer game. The game is like a psychedelic illustration come alive! Mimpi the dog is searching for his master in eight diverse worlds. The environment is seldom repetitive, the puzzles are always new. The story is told without words by the game world itself. The game can be played by anyone, kids, adults, hipsters, crypto terrestrials... :) 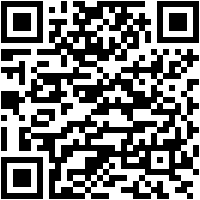 What is it about a microscopic world that lends itself so well to the zen genre? Cyto stars what I assume is a sentient cytoplasm making his way through the petri dish. It combines elements of both World of Goo and Angry Birds, an impressive accomplishment, and also manages to infuse this sometimes cold style of game with a lot of personality. The full version is three bucks, but there's also a free version.

Fling Cyto through beautiful, other-worldly levels to collect memory fragments and piece together his story in this irresistible, cute, and challenging puzzle game. There are three memory fragments scattered throughout each of Cyto's 81 levels but getting them all will be an epic journey. Use puzzle-solving skills, different abilities, and elements, and a good aim to collect them all and unlock the story. Avoid spikes and other dangers on your quest to reach the portal at the end of each stage.

Skateboard Party is a Tony Hawk clone, and it doesn't care who knows it. That said, being a clone doesn't make it a bad game, and this title seems to hit all the counterculture sweet spots. A full career mode plus online multiplayer comes standard, with optional add-ons including a truly mind-boggling character and skateboard customization engine. Controls on touchscreen skate games are never easy, but Skateboard Party 2 eases the strain by being fully customizable and MOGA-compatible. The game costs two bucks with in-app purchases.

Skateboard Party 2 brings all the fun of skateboarding to your mobile device allowing you to ride in 8 completely unique locations. Jump on your board, learn new moves and improve your skateboarding skills to land sick combos. Play with your friends using the new online multiplayer mode or challenge skaters from all over the world using the online leaderboards. Complete achievements, gain experience and upgrade your favorite skater. You can also customize your outfits, boards, trucks and wheels with real brands. Who turned Belle steampunk? Disney Hidden Worlds is pretty much exactly what it looks like: a hidden object game with a lot of Disney IP (mostly the princess movies) to show off. If you or your children love this sort of game and Disney's animated classics, Hidden Worlds should be right up your Cave of Wonders. The game integrates with the same title on Facebook, if you play it there. Be careful handing this one over to the kids: it's probably teeming with in-app purchases.

Get inspired by finding Hidden Objects in your favorite Disney scenes! Chrona is your guide as you explore and build interactive Kingdoms in a world of imagination where anything is possible. But when Chrona's imagination gets away from her, she accidentally creates a villain who threatens to ruin everything! Can you save the Disney Kingdoms and create your own "Happily Ever After"? [New Game] Dirk The Daring And His Animated Cutscenes Return To The Play Store In Dragon's Lair ...