Themer wowed us with its introduction a few months back, and today's update to the powerful homescreen replacement and customization app is the largest yet. The biggest change is a redesigned app drawer, which allows for both the standard scrolling view and a new Categories screen. Categories are basically folders, but they're displayed like Google Now cards, and automatically populated with apps. You can manually tweak them if you want. 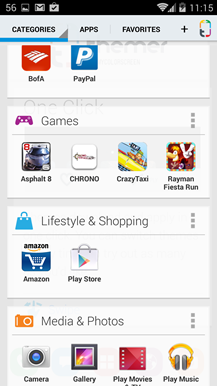 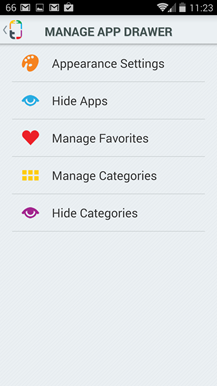 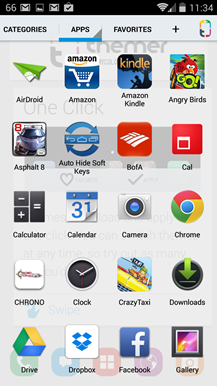 The rest of the app drawer is pretty conventional, split up into Favorite or All Apps views. Because this is a visual-heavy homescreen you can change a lot of the settings, including hidden apps, the number of columns, background color and transparency, and icon size. These options are welcome, but they don't really bring the fine detail settings found in Nova or Apex Launcher - but then again, those apps don't have a built-in library of fantastic themes. Themer now has nearly 150, and though the app still doesn't support Android tablets, it's been expanded to more smartphones. 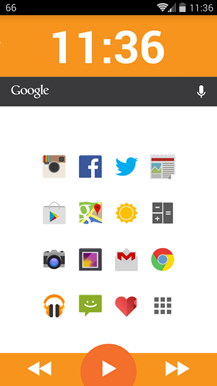 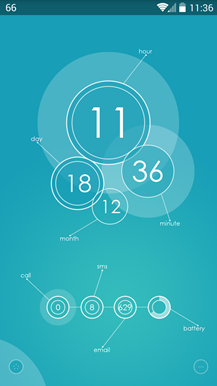 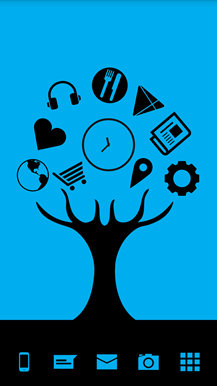 According to the Themer Team at MyColorScreen, features planned for a future update include even more themes, integration with the popular Zooper customizable widget, and Android 4.4 support. That last one is a little strange - the app seems to be working fine on my Nexus 5 (as you can see in the screenshots). Even so, you should absolutely check Themer out if haven't already and you've got a compatible phone - Android 4.1 or later.

SwiftKey Update Brings New Winter Theme With All Of The Snow, Wind, And Updated Install ...