Opera has long been doing good things in the area of data compression on mobile devices with its mobile browser thanks to Off-Road mode, but what if an app existed that could optimize nearly all mobile data while on the go? Thanks to a new app called Opera Max, that's a reality. 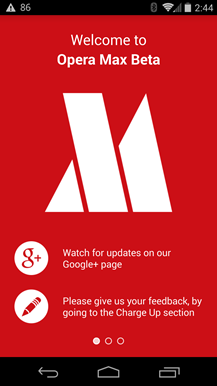 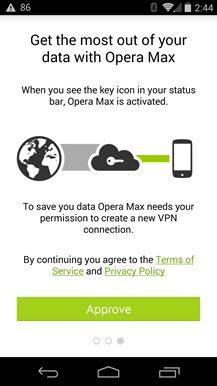 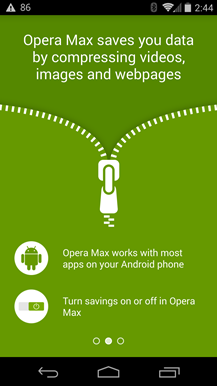 It uses the same kind of compressions technology used in Opera Browser, but instead of just working its magic on web pages, it attempts to do this for most applications that access the web. How's this possible? Basically, it sets up a VPN that measures all the data used on the device in question, and sends all requests through Opera's compression servers. This optimizes video, images, and websites, thus saving mobile data. Best of all, it "pauses" itself while on Wi-Fi, so the full experience is present when bandwidth isn't as scarce.

Opera is currently looking for beta testers to give Max a shot, but be warned: you have to run all network data through the app. If you don't like the idea of sharing everything you do with Opera, then this app isn't for you. The company says that the app only monitors the amount of data used as all data is anonymous, and it doesn't work with encrypted data (of course), so that's something to consider. 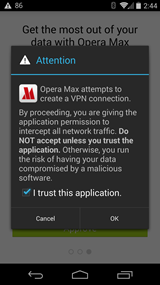 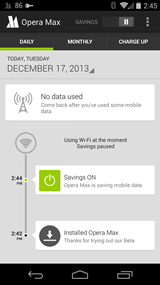 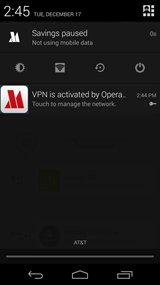 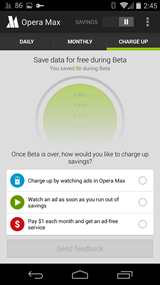 If you're OK with that and want to give it a shot, you'll have to join Opera's beta community on G+, as well as opt-in to the beta. Past that, you're good to go. It's also worth noting that the app is free for now, but it's pretty clear Opera plans to change that model once the app exits beta (see the last screenshot above). So if you don't want to pay, don't get too attached to it.

Update: Opera's PR reached out to clarify that there would also be an ad-supported version of the app for those who would prefer that over a subscription.

Glass Gets Update To XE12 With Hangouts Glassware, Official Wink Support, And More