Yesterday, The Information reported that Google is rumored to be working on smart thermostats, in a renewed bid to help users manage their home energy (and interior climate). Information on the project is sparse so far, but Google hopes it will be a successful follow-up to the unsuccessful PowerMeter, a service that was killed off due to apparent scaling difficulties.

Thanks to a tipster who is - we know you've heard this before - familiar with the matter, we've got an early glimpse into Google's upcoming thermostat foray - we've got a few new details and a look at the service's Android app. 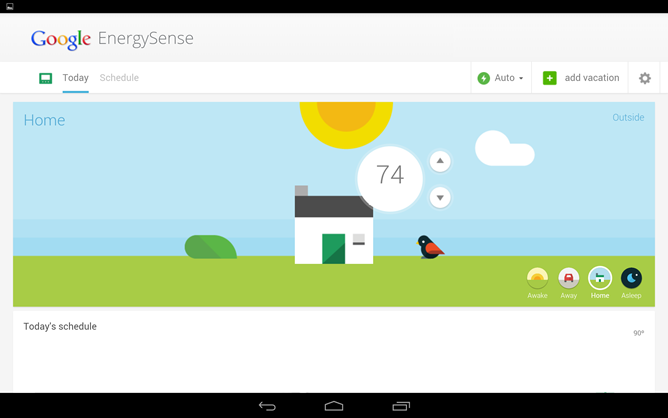 Our tipster tells us that the service will be able to control your home's thermostat remotely via Android or a web-based console. Above, you can see the web interface as viewed on a tablet. The mobile app likewise looks very much like any of Google's other web products - simple, intuitive illustration with plenty of long shadows and easy-to-recognize iconography. Controlling your home's temperature from the app is as easy as sliding your finger up or down over the round temperature indicator.

Users will be able to remotely monitor temperatures and create schedule presets for Awake, Away, Home, and Asleep. While these profiles aren't automated yet, our tipster indicates that Google is looking into more automation, and predictive capabilities either similar to or integrated with Google Now. 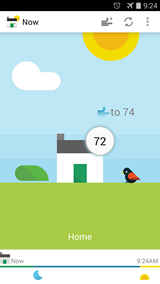 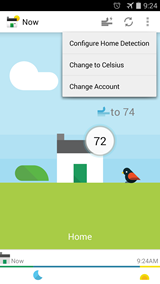 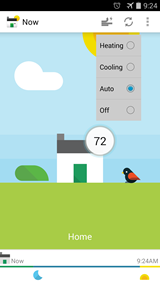 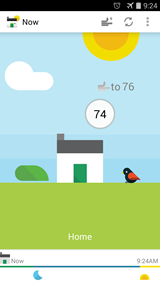 As for hardware, our tipster confirmed that Google is not - as of now - producing any related devices for this service, but that it will be compatible with off-the-shelf units (from Ecobee and presumably others) that allow Google's services to hook in. Ecobee (whose CEO told The Information the company currently has no business relationship with Google) already produces smart thermostats, but they lack some of the features Nest boasts, like motion detection. Our tipster implies, however, that something similar to Nest's learning modes will come in the future.

With the continued proliferation of connected appliances and home-bound gadgets, Google could be re-entering the arena at a great time. Whether the EnergySense brand will cover a broader range of devices than just thermostats remains to be seen, but this is certainly an exciting first step. We'll keep you posted as new details emerge.

Update: As we prepared this post for print, @evleaks shared a screenshot of the EnergySense app's listing in the Play Store, seen below.