While long-time AP readers probably all know what PuGoo is, those who've only discovered the site within the last year or so are probably wondering what the hell we're babbling about. In short, it's a "specially formulated tacky pad that sticks to most surfaces, is reusable, leaves no residue and is extremely durable." I took that directly from the PuGoo website, so it should be a pretty accurate description. 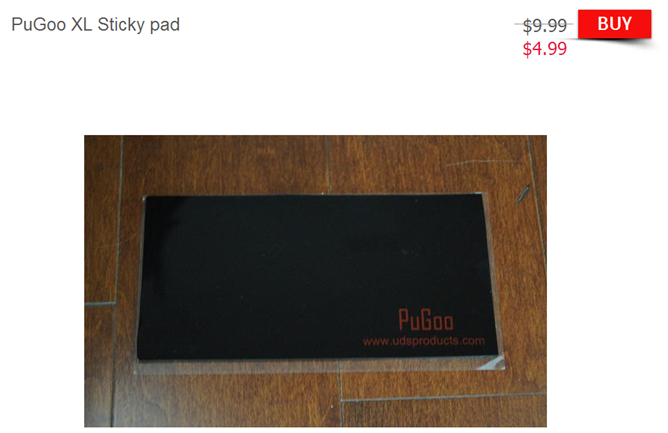 So, what can you use it for? Lots of stuff. Artem actually did a good write up on many of its uses back in May of last year, and everything he said there still holds true. It's powerful stuff – go read his take for some ideas.

Back? Great. Usually, PuGoo runs $10 a pad, but for a limited time, it's going for $5 per pad. For those who don't want to do the math, that's fifty percent (otherwise known as half) off. So, two for the price of one. Or one for the price of half of one. Whatever.

Anyway, supplies are limited, so head here to pick some up. You'll love it.