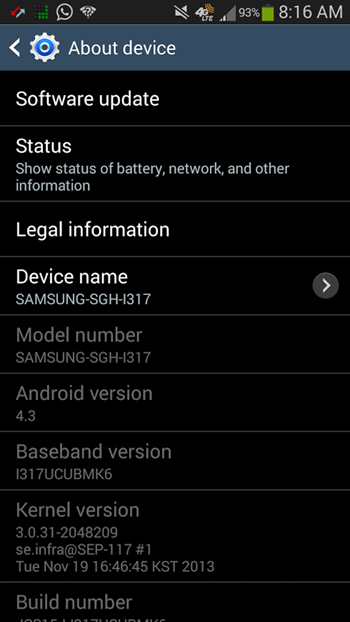 If you've been sitting patiently watching as Note II owners on other carriers got the update sooner, you already know what to expect from this OTA.

After all the pieces are in place, your phone will have the goodies found within the last version of Jelly Bean, the ability to pair up with Samsung's $299 smartwatch, KNOX support, speed improvements, and a slew of enhancements spread out across numerous pre-installed apps. All you have to do now is wait a little bit longer.