You’re a cute, gun-toting, mildly suicidal blob huddled in the only light amidst the darkness. You’ve got an endless stream of huge, hairy monsters barreling in, intent on abducting you and your kind. Your fate is sealed, it’s hopeless...

That’s the setting of Hopeless: The Dark Cave, a new survival-horror by Upopa Games. Your sole task is to help these innocent looking critters stay alive by shooting down their aggressors before they can get their claws into those little marshmallow-like bodies. 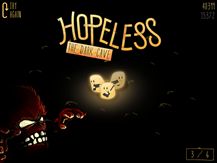 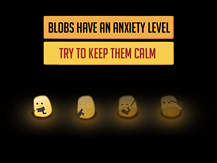 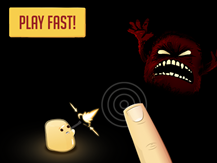 The game is played by tapping on the screen to deliver a killshot to the villainous beasts. Quick reflexes are required as both friend and foe will come rushing out of the darkness towards your group. Of course, you’ve got to be careful not to put a bullet into your brothers-in-arms as they attempt to join you. Too many shots fired too quickly or too many allies killed before they reach your circle can demoralize your team to the point of suicide, prompting them to turn their guns on themselves and take the easy way out...which is kind of hilarious, in a morbid way.

You’re playing for points which are earned whenever you kill a monster or another blob successfully joins the group. If your squad gets large enough, the majority will be beamed to safety as one lone gunman remains behind to search for more allies. As time progresses, the hordes of attackers will come in faster and in larger numbers, eventually overwhelming you and ending the game. 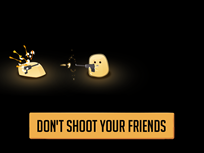 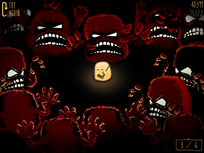 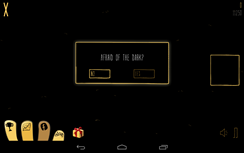 You can link up to Facebook to match scores with your friends, but sadly, there’s no Google+ integration. If you feel the need, there are In-App Purchases available that give you extra blobs to instantly bolster your group’s numbers during play. This is useful for beating your friends’ high scores, but it really won’t reduce the challenge or meaningfully change how you play. In other words, the IAPs are totally unnecessary to enjoy the game to its fullest.

Hopeless: The Dark Cave blends cute graphics with a survival horror theme and a healthy dose of dark comedy; even the exit screen mocks you by asking if you’re afraid of the dark. Gameplay is a bit limited in the current version, but more modes and features are planned for future updates. Let's hope for some fully automatic weapons in the future.

Hopeless is free in the Play Store and quite a bit of fun, give it a try! 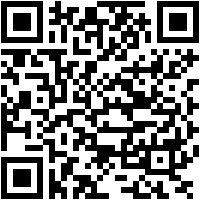