MX Player, one of the most popular video players on the Play Store (and my personal player of choice as of recent), hasn't worked since Android 4.4.1's release. Those who immediately upgraded to 4.4.1 lost access to MX Player and were instead greeted with the following popup: 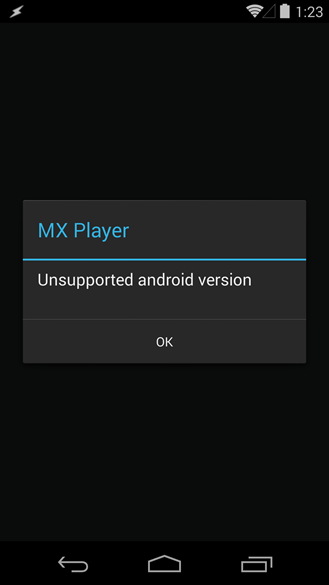 Annoying, isn't it, especially since the check is implemented from within the app itself rather than by using the maxSdkVersion parameter of the app's manifest? As a developer myself, I sort of understand why J2 Interactive, the player's developer, has put in the restriction, but users may not. Since developers don't get early access to future Android releases, they can't test their apps for potential crashes ahead of time. Then, one day a new version of Android hits, and a flood of 1-star reviews rolls in.

In order to prevent this from happening, some developers opt in for artificial lockout mechanisms. The problem is, these lockouts also prompt bad reviews, this time caused by frustration of being locked out, especially since the apps in question may work just fine all along. Either way, nobody wins, and the developers' best bet is to work as fast as possible to resolve compatibility.

In the meantime, we've received a flood of tips urging us to take the matter public, which I refused to do (AP is not your personal army - we need to show developers some respect). Today, 10 days after 4.4.1's first sighting, J2 Interactive released an update v1.7.21 that finally made MX Player compatible with 4.4.1 and 4.4.2. Whether 10 days is too long or not is impossible to say and up to you to decide - they may have very well run into issues that required development time. I think it's reasonable, especially since we don't know whether someone critical to signing off on the push was on vacation or had emergencies to attend to. 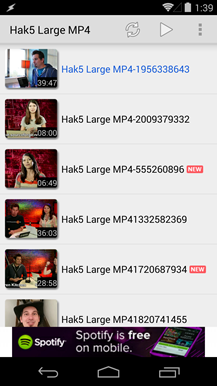 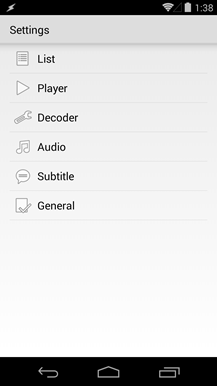 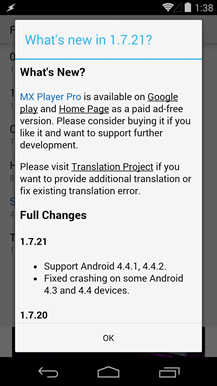 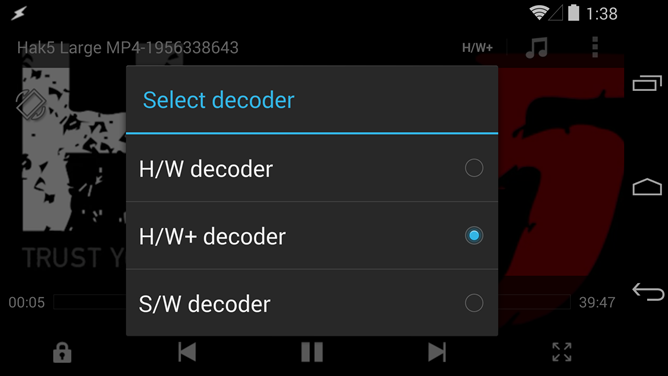 I do have one piece of advice for J2 Interactive and anyone who might end up in a similar situation in the future: talk to your users, keep them updated, don't leave them hanging for a long time, or they start getting nervous. In MX Player's case, such lack of updates is what caused most of the tips asking us for a public nudge (the developer responded quickly but failed to provide any updates after that). Remember, we, the users, understand you may have to work through bugs, and we just want to stay updated, so the least you, the developer, can do is drop a few words here and there. You can do that, right? Awesome.

[Weekend Poll] Did You Buy One Of The New Google Play Experience Devices?