Microsoft's Remote Desktop app for connecting to and controlling Windows machines is just a couple of months old, and so far it's been pretty well-received. It had two updates already - not bad for a major company developing on a competing platform - and today's 8.0.3 adds perhaps the most important new feature: NetBIOS name resolution. 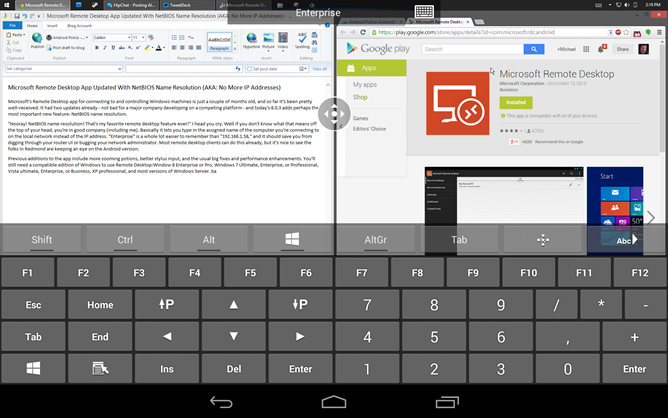 "Hooray! NetBIOS name resolution! That's my favorite remote desktop feature ever!" I hear you cry. Well if you don't know what that means off the top of your head, you're in good company (including me). Basically it lets you type in the assigned name of the computer you're connecting to on the local network instead of the IP address. "Enterprise" is a whole lot easier to remember than "192.168.1.58," and it should save you from digging through your router UI or bugging your network administrator. Most remote desktop clients can do this already, but it's nice to see the folks in Redmond are keeping an eye on the Android version.

The Notion Ink Adam II Is Finally On Sale: India Only For Now, Other Countries Coming Later