It's 2013, and chances are that someone has asked you to make a Skype video chat at some point or another. This isn't too all-consuming on PCs, where a user can fire up their webcam and tuck the Skype client away in the corner. Anyone using an Android device, on the other hand, has had to devote the entire screen to the conversation. But thanks to the latest Skype update, many of us will be freed from the burden of giving a video chat our undivided attention, as we will now have the ability to tuck the entire session away into the corner. 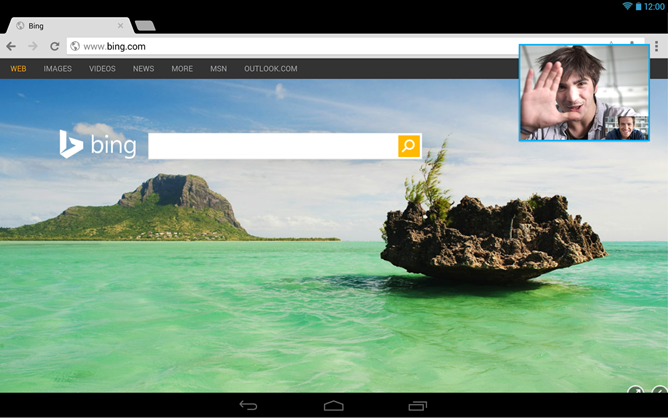 Not to let picture-in-picture steal the show, Skype 4.5 also lets tablet users move around their contact lists more quickly by pinching to zoom out and selecting a specific letter, jumping to that section of the list. This feature is joined by numerous others.

The update is rolling out now via the Play Store. New users can get the app by investigating the widget below.