Cartoon Network has been cranking out games lately based on its widely successor series of properties, with Regular Show getting a shot in October and Ben 10 taking a swing in November. Less than a month later, the network is back with a zany mobile game starring the cast of Adventure Time. Ski Safari: Adventure Time may not have the most original premise in the world, but if you're going to shoehorn characters into something that will occupy players' time between bus stops, why not go with a formula that has been proven successful. 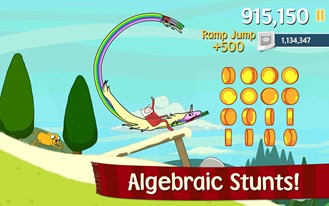 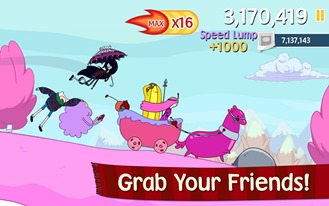 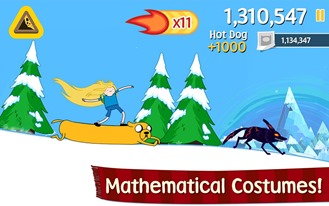 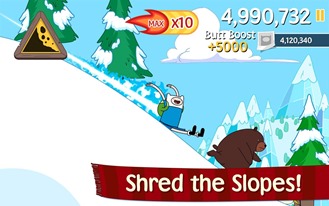 Anyone who has played Ski Safari should know what to expect here. You're still racing downhill, seeking the aid of various adorable creatures and collecting coins as you escape from a relentless wall of snow. Despite the name, you won't particularly need a pair of skis, nor will you even slide across snow for much of the adventure. But hey, the gang's all here, so if you're a fan of the show, you can hit the slopes for only 99 cents below.