There's no need for a full review of the new Google Play Edition of LG's G Pad 8.3 - you're familiar with the software thanks to LG's own Nexus 5 and other AOSP devices, and you can check out Cameron Summerson's review of the retail version of the G Pad 8.3 for a look at the hardware. Aside from the "V510" badge on the tablet's legal tiny type, this is the same device, and there's not so much as a Google logo to tell the two apart. But it's paired with clean Android 4.4, which incidentally is the one thing that kept me from buying the standard version earlier this year. 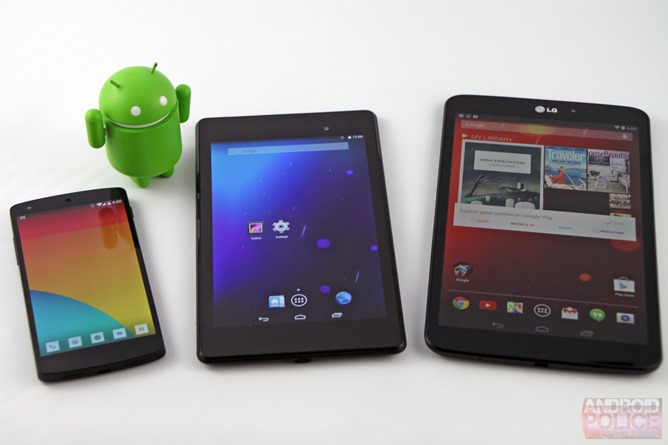 8-9 inches is the "Goldilocks" tablet size for me, and for at least a few of you as well - not too big, not too small, just right. My favorite tablet hardware was (and in many ways still is) Samsung's Galaxy Tab 8.9, which has unfortunately aged out of the latest Android releases and apps and gone to that big Craigslist post in the sky. The G Pad 8.3 Google Play Edition seems to be a suitable replacement, combining solid hardware, an ideal tablet size, and excellent LCD screen, and the best Android software you can get, which will be reliably updated by Google for at least some time.

The Nexus 7 2013 is probably the closest competitor to this Google Edition of the G Pad, though you could also throw in the Amazon Kindle Fire HDX 8.9", the Galaxy Note 8.0, and the iPad Mini Retina. The G Pad has a bigger screen with identical 1920x1200 resolution, larger and louder stereo speakers, a MicroSD card slot, and not least, a vibration motor. (The Snapdragon S4 Pro in the Nexus and the Snapdragon 600 in the G Pad are so similar that it hardly makes a difference.) The Nexus has a smaller, lighter size, which is certainly a plus for some, better accessory support, it will almost certainly get slightly faster software updates, and it's a whopping $120 cheaper at the 16GB capacity, which is the only one offered for the G Pad GPE at the moment. If you're willing to spend extra you can also get the Nexus 7 in an LTE variant, which even the retail version of the G Pad does not have.

The G Pad GPE only comes in black at the moment, so ignore the photos of the fetching white version you've seen since release. The aluminum back panel feels premium, considerably more so than the Nexus tablets or any Samsung hardware you'd care to mention, but it attracts fingerprints like nobody's business. The 5.0 megapixel rear camera (sans flash) and 1.3MP front-facing cam won't win any prizes, but that's never much of a consideration for me where tablets are concerned. 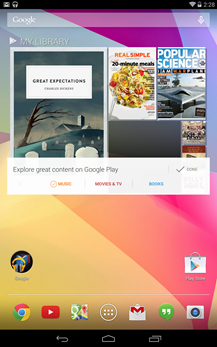 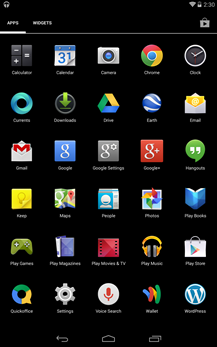 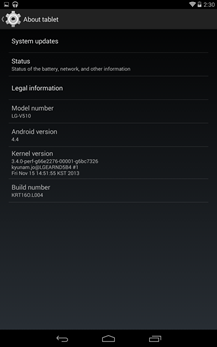 Software on the G Pad 8.3 GPE is Android 4.4 - nothing more, nothing less. Though it would have been nice to see it ship with 4.4.1 or 4.4.2, it will get there much sooner than non-Nexus tablets, and it's the only Google Play Edition tablet at the moment. Sadly the G Pad does not have access to the Google Experience Launcher so prominently displayed on the Nexus 5. Despite the G Pad's solid processor, Adreno 320 GPU, and 2GB of RAM, I can definitely see a bit of stuttering in the interface. I'm hoping this will be cleared up with a maintenance update. 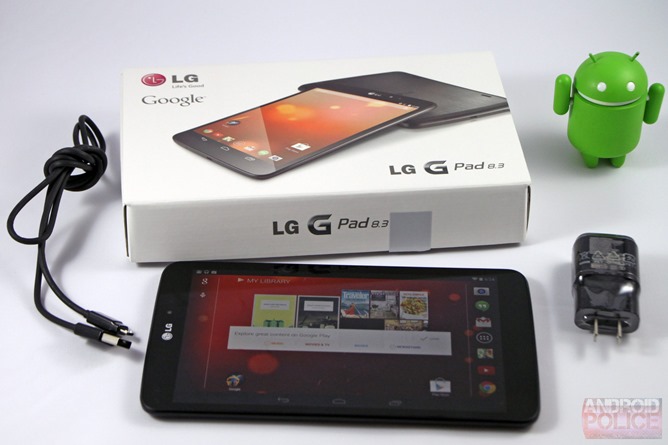 Since LG's TouchWiz-style software additions were one of the sticking points in Cameron's review and many others, I'm sure the G Pad 8.3 GPE will find at least a few fans among Android purists, especially since it looks like we won't be getting a new Nexus 10 this year. It's on the pricey side, to be sure, especially when compared to Google's own Nexus tablets. But if you want its very specific screen size, expandable storage, and a clean AOSP experience, not to mention a safe bet on ROM developer support, I think it's a good pick.